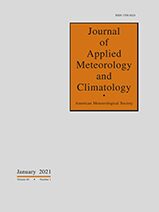 Temporal Variations in Rainfall Volume in the Southwest of Western Australia