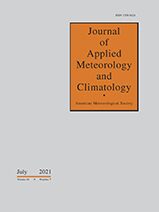 Teleconnections between Rainfall in Equatorial Africa and Tropical Sea Surface Temperatures: A Focus on Western Uganda