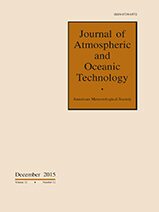 On the Estimation of Daily Climatological Temperature Variance