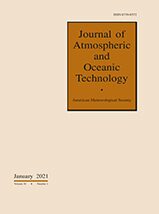 A Methodology for Estimating the Response of the Coastal Ocean to Meteorological Forcing: A Case Study in Bohai Bay