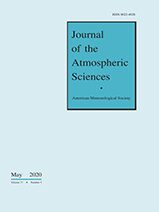 We thank Michael Montgomery and Roger Smith for their comment on our paper “An evaluation of hurricane superintensity in axisymmetric numerical models” (Rousseau-Rizzi and Emanuel 2019, hereafter RE19). We are concerned that most of this comment on RE19 pertains not to the scientific contribution of this paper, but to the assumptions made in previous papers by Emanuel (1986, hereafter E86) and Bryan and Rotunno (2009, hereafter BR09). The validity of the assumptions of E86 and BR09 has already largely been discussed in the papers themselves and in the literature since then. It was not the intent of RE19 to revisit the assumptions of E86, and especially of BR09, the latter of which neither of us authored. However, for clarity, we here address some of the concerns raised in the comment regarding these papers.

The comment seems to suggest that the derivation introduced in RE19 violates moist reversible thermodynamics assumptions (section 4 of the comment), basic calculus and the conservation of angular momentum (section 5), and mass continuity (section 6). We think that the overarching claim that any study violates such a number of the most basic principles of science should be made with more care than is apparent in this comment, and also be more substantiated.

The main derivation and assumptions of the gradient wind PI theory are by no means new (E86) and all the assumptions are detailed in the paper that introduced it. We are merely providing an overview.

a. Response to comment on the assumptions underlying the Maxwells’ relations

The Maxwells’ relations used in this derivation do not require the assumption of reversible thermodynamics, and they have been derived for both reversible and pseudoadiabatic thermodynamics (e.g., Emanuel 1988; BR09, appendix A).

b. Response to comment on the radius of maximum winds

While we agree that it is important, our paper did not address the determination of the radius of maximum winds.

c. Response to comment on the radial momentum equation

d. Response to comment on balance in the boundary layer

The fact that there may be supergradient winds in between 10 m and the top of the PBL does not invalidate our assumptions about the relationship between surface winds and gradient winds. It is a curious result of our differential Carnot cycle approach that the magnitude of the 10-m wind obeys the same relationship as the gradient wind PI, but we still must assume how that 10-m wind is partitioned into radial and azimuthal components.

e. Response to footnote 1 on balance in the boundary layer

We assume that s is well mixed along M surfaces in the boundary layer. We make no assumption about radial wind being well mixed.

a. Response to comment on difference between boundary layer top and height of maximum winds

Equation (8) in RE19 is stated to pertain to the level of maximum wind, not the top of the boundary layer and we make no assumption about the relationship between the two altitudes. In addition, similar simulations in Rotunno and Bryan (2012, Figs. 3b,f) show that vertical diffusion terms in the radial and tangential momentum equations are small at and above the height of maximum winds.

b. Response to comment on radius of maximum winds

Once again, we are not trying to predict the radius of maximum winds and invite the authors of the comment to develop such a formulation. Note that the gradient wind potential intensity formulation of Emanuel and Rotunno (2011, hereafter RE11) does predict the relationship between the radius of maximum winds and the outer radius though. Once again, there is no evidence that the diffusive terms are very important near the altitude of maximum winds (e.g., Rotunno and Bryan 2012), nor do we think that the good agreement between the theory and observed peak wind speeds is an accident.

c. Response to comment on a priori potential intensity

Nowhere did we describe our analysis as an a priori theory for the potential intensity but rather as an analysis of the validity of potential intensity diagnostics at maximum intensity. An important next step would be to close the theory using, for example, the upper boundary condition developed by RE11.

d. Response to comment on the neglect of the radial momentum equation

Once again, we have no need of the radial momentum equation in our formulation of PIg and PIs, but it was used in the original derivation of the supergradient term in PIa. We agree that the formulations we present here are not closed, absent either an assumption about the radial distribution of boundary layer entropy outside the radius of maximum winds or the imposition of an upper boundary condition as in RE11.

As stated in our reply (section 2a) above, we need not assume reversible thermodynamics in deriving the Maxwell relations.

The derivative of an integral is the integrand. There is no mathematical inconsistency in our formulation nor is there any need for a Dirac delta. The terms Tds/dt and V ⋅ F are finite and integrated over a cycle that is infinitesimally narrow. However, that integral is performed on both sides of an equality. We are stating that ifthen in the limit that ε → 0, we have A = B.

Conservation of angular momentum is respected here, just as it is when inflowing air loses angular momentum to the surface through the entire depth of the boundary layer. Mixing with high angular momentum environmental air allows the air in the outflow of the hurricane to regain angular momentum while the environment loses some. In other words, we are calculating changes along time-mean trajectories, not following every turbulent eddy.

As clearly stated in the paper, one of the major advantages of the differential Carnot cycle theory is that it does not require the whole hurricane secondary circulation to be an actual Carnot cycle. It just requires the Carnot assumptions to be valid near the eyewall. The concerns raised in the comment, with respect to the full Carnot cycle, echo the very reason why this differential cycle theory was developed. The assumption of constant temperature might be poor for leg C–D, but we are not concerned with leg C–D here. We are concerned with the infinitesimally short outflow leg C–C′, for which their concern is immaterial. For the entropy mixing question, see the first paragraph of the point on angular momentum conservation.

The simulations used here also neglect the impact of the ice phase and so the mathematical derivation is consistent with the simulations. So long as moist slantwise neutrality is assumed, the choice of neglecting the ice phase does not have physical implications for this model beyond modifying the formulation of the surface thermodynamic disequilibrium. The authors of the comment are welcome to extend our formulation to include the ice phase.

g. Response to a revised cartoon of the cycle

The concern expressed here by the authors of the comment, including their proposition of a revised cartoon, is caused by the fact that Fig. 1 seems to imply a merging of streamlines, which is precluded by mass continuity. However, in the description of Fig. 1, we say, “We can take points A and D to be the same in each cycle because they are in regions of very weak spatial gradients of entropy and angular momentum.” We believe this sentence clearly states that we approximate points A and D as common to both cycles in the phase space of the thermodynamic cycle, while at the same time acknowledging implicitly yet clearly that they are not common in physical space. In physical space the two different cycles are actually much more distant in the subsidence region than in the outflow region, and the fact that they are represented as common in physical space is to give the reader a sense of how the physical space relates to the phase space. The air does not need to go physically from B′ to B. It just needs to go from the thermodynamic properties of B′ to those of B, which is fully consistent with the steps of the derivation. Since we believe that this is clear enough from the paper, and that our Fig. 1 cartoon communicates the information relevant to this derivation, we see no reason to replace the cartoon.

For a response to the comment on angular momentum mixing, see section 4b.

E86 is closed by an assumption about the variation in relative humidity in the boundary layer. We could have made the same assumption here and closed the theory, but refrained from doing so. The only truly closed theory that does not require an assumption about the variation of entropy in the boundary layer outside the radius of maximum winds is that of RE11. We could have married the work of RE11 to our new work to close the theory but elected not to do so in our paper.

While we agree that a more complete boundary layer formulation would allow one to estimate the maximum winds in the interior of the boundary layer away from the surface, this would in no way affect the conclusions of our paper.

Finally, this otherwise very detailed comment omits the good correspondence between intensity and the differential Carnot PI presented in Fig. 5 of the paper, which we do not believe is an accident.