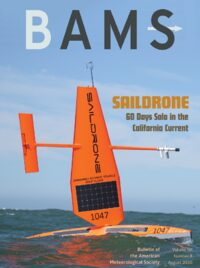 Social Media Ethics for the Meteorologist

The scope and speed of social media—and its impact—are staggering, now encompassing severe weather warnings, general forecasts, data sharing, opinions, advertising, serious scientific debate, and more. Unlike direct traffic (i.e., someone typing in weather.gov to look for a forecast), social media traffic can often be indirect. For example, an ever-changing algorithm has decided that an important weather message shared by a friend will show up in someone's feed. The information might reach the individual as he or she is thumbing through a newsfeed while waiting for a doctor’s appointment. That person receives the information “indirectly” even without seeking out this useful or even life-saving data.

With this openness, speed, and in some cases anonymity come cyber threats to the reputation of oneself and one’s company. Social media is so important in communicating meteorological information that the World Meteorological Organization has issued guidelines for its use by national meteorological and hydrological services, and the American Meteorological Society has issued a Best Practices Statement.

Many news outlets encourage or even require their on-air broadcast meteorologists to use social media to help gather information, spread the word about their stories, brand their talent, and enhance viewership on their channels. Operational meteorologists depend on reputation to inform/convince the public of meteorological events, support clients, and effectively participate in legal matters. Social media can enhance a reputation and be effective in promoting science and understanding—or it can ruin a reputation in a matter of minutes.

Ethics in social media is the fair treatment of others while maintaining one’s own reputation and credibility. Not all social media interactions are negative, but those that are require thoughtful consideration. One way to organize a response to the negative posts is a Threat/Response matrix. An example is shown in Fig. 1. It categorizes some of the more common threats and the range of responses available.

A predeveloped response plan is necessary to deal with these threats and retain the respect of the scientific community. The plan should include threat assessment, security response options, legal options, and record keeping. The Response Plan should identify typical response criteria and a decision action tree. It should also include supplemental material on user protection from the social media companies used. The plan should be reviewed with the company lawyer or a local lawyer specializing in computer crimes, if possible. This may seem like a lot of work, but it is insurance for your reputation and that of the company.

Each type of threat has a spectrum of responses. So it is necessary to understand which response is appropriate. The threat diagram provides a general framework for responses. If there are several interactions, threats may escalate in severity and response modes may need to be reevaluated.

A simple reply in the same social media may be all that is needed in most cases. Those who attack via social media often do not believe the people they are attacking are even reading what is posted. They often do not view them as a “real” people and tend to “dehumanize” them with every key stroke.

Responses should be measured. They should, if warranted, include facts to support your reply and at first be kind and professional in nature. The goal is making sure you do not lose a viewer, but instead engage them in a positive way. Providing positive feedback can help an on-air weather personality successfully gain a fan rather than an enemy.

This “win over” strategy should first be used in the most benign attacks or statements online. If someone is expressing their negative opinion about an on-air personality, it is just that: an opinion. An on-air personality does not have to reply, or a simple reply can suffice. A positive reply can include “Thanks for watching,” “Thanks for the update,” Thanks for the information,” or “Would you be interested in sharing your story?” Many TV news stations believe a proper, polite engagement shows effort. You can also request that the post be taken down if you yourself cannot do it.

More serious threats, in which a reply does not resolve the issue, can be addressed through application sanctions. The major social media applications provide a variety of tools to help protect users. Depending on the application, options include hiding objectionable posts, unfriending, blocking posts, turning off the commenting option, and disabling location settings. As the persistence or seriousness of the threat increases, one can report the offense to the application host. The major social media application hosts have policies and procedures that can be used to remove serious threatening accounts. The strongest and most costly response to very serious social media-based threats involves court action and potentially litigation. A threat made on social media is a federal offense. If you reach this level of response, the best path forward would be to seek legal counsel. There are practicing attorneys who specialize in this area of the law (computer crimes attorneys).

How you respond or reply to a negative comment via social media can directly affect your credibility as a journalist or meteorologist. It can also affect your likability as a broadcast meteorologist (impact your ratings). Responses on social media should be formulated to avoid the three “A’s”—admonish, advise, or apologize—because these characteristics will only invite additional and perhaps harsher responses. If you are wrong, admit it, but do not apologize for expressing your well-thought-out post. Bill Eddy's book on the “BIFF” framework gives examples of appropriate responses to a variety of threats. Responses, if deemed necessary, should be well thought-out but rapid, brief, informative, friendly, and firm.

Keeping a record of social media interactions is key in response decisions and formulation of responses. It can also be used in future threat mitigation actions. Most social media services retain copies of posts for a certain time. It is also important to time stamp postings and responses should the duration interactions need to be documented. Posts that may require action with social media hosts or legal action should be saved offline.

You are a well-respected meteorologist and post your opinion on the current ENSO cycle predictors. A response describes the opinion as overstated, misleading, and downright false. Your response: Since this is a low-level threat, you make a quick post stating that the response is appreciated but you disagree and include references (and perhaps a hot link) to supporting research for the opinion. The answer is rapid, brief, informative, friendly, and firm, and implies that the subject is closed, unless the individual reads the supporting material and has comments on the content.

Remember that posts are shared across many websites and servers. The social media algorithms change daily, thus the distribution also changes. Once something is posted, it cannot be retracted. Three excellent resources on use of social media are the AMS statement on “Best Practices for Publicly Sharing Weather Information Via Social Media,” the “AMS Community Rules and Etiquette,” and the University of the Incarnate Word’s “Social Media Policy.”

Postings on social media that seek to express the truth with fairness and consideration for others can help scientists maintain professionalism and thus enhance their creditability. Management and scientists would be wise to continue to evolve the discussion of how professional standards and reputations can be upheld in the social media “weather room.”