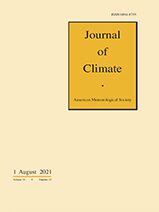 METEOROLOGICAL SERVICE FOR THE REPUBLIC OF TURKEY