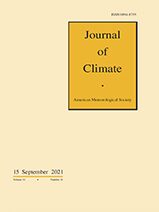 Decadal and Multidecadal Variability in ERSSTv5 Global SST during 1879–2018