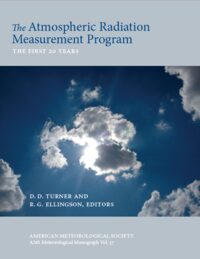 This appendix is the executive summary of the 1996 Science Plan for the Atmospheric Radiation Measurement Program (ARM) (DOE/ER-0670T, UC-402; available online at https://www.arm.gov/publications/programdocs/doe-er-0670t.pdf) sponsored by the U.S. Department of Energy, Office of Energy Research, Office of Health and Environmental Research, Environmental Sciences Division. The text has been edited to conform to the style of the American Meteorological Society, but the content is otherwise unchanged from the original document.

The purpose of this Atmospheric Radiation Measurement (ARM) Science Plan is to articulate the scientific issues driving the ARM Program and to relate them to DOE’s programmatic objectives for ARM, based on the experience and scientific progress gained over the past five years.

ARM programmatic objectives are to

The achievement of these programmatic objectives should lead to the improvement of the treatment of atmospheric radiation in climate models, explicitly recognizing the crucial role of clouds in influencing this radiation and the consequent need for accurate description of the presence and properties of clouds in climate models. There are key scientific issues that must be resolved in order to achieve these objectives. The primary scientific questions are as follows:

The primary observational method is remote sensing and other observations at the surface, particularly remote sensing of clouds, water vapor, and aerosols. It is impossible to meet ARM’s objectives, however, without obtaining a large volume of detailed in situ measurements, some of which will have to be acquired from manned or unmanned aircraft; in addition, high-quality satellite observations are needed to measure the top-of-the-atmosphere radiation.

To obtain the requisite in situ and surface-based remote sensing data, ARM is making measurements, over a period of years, at three sites:

These sites were selected from a longer list through a process of prioritization and resource allocation, in order to provide opportunities to observe a wide range of climatologically important meteorological conditions, as summarized in DOE (1990).

There are two primary strategies through which ARM plans to achieve its programmatic objectives and address its programmatic objectives and address its scientific issues. The first is called the “Instantaneous Radiative Flux” (IRF) strategy, which consists of collecting data on the distribution of radiation and the radiatively active constituents of the atmosphere and the radiative properties of the lower boundary. The second involves the use of single-column models (SCMs) to develop and test cloud formation parameterizations.

Among the several methods for testing general circulation models (GCM) parameterizations by comparison with observations, the SCM approach has some unique advantages. SCM-based tests are inexpensive, and the results are not affected by errors arising from the other components of the model. Cloud ensemble models are a useful supplement to SCMs, and can be used in much the same way with essentially the same data requirements. SCMs in conjunction with large-eddy simulation (LES) and cloud ensemble models (CEMs) can be used to investigate basic physical questions, develop cloud amount parameterizations, and evaluate the sensitivity of model results to parameter changes. In support of ARM, SCMs and CEMs will be particularly valuable for testing parameterizations of cloud formation, maintenance, and dissipation.

The data required to drive the SCMs, LES models, and CEMs, and to evaluate their performance, are not easy to obtain. ARM has the potential to provide uniquely valuable data for SCM-based parameterization testing. Efforts are under way to “package” data collected at ARM’s Southern Great Plains site in a form particularly convenient for use with SCMs and CEMs.

A key to the ultimate success of ARM is continued evaluation of the needs for new observing capabilities as progress is made in understanding the important scientific issues.

The goal of the Instrument Development Program (IDP) of ARM is to bring existing research instrumentation to the advanced state of development required to allow routine, highly accurate operation in remote areas of the world, and to develop new instrumentation as requirements are identified.

The evolving ARM IDP has combined components of basic research into improved remote sensor system and techniques (i.e., cloud retrieval) development, and an engineering effort intended to provide within the Cloud and Radiation Testbed (CART) setting a kernel of instruments to adequately characterize the local atmosphere. Currently, effort is directed toward placing these sensors at CART sites and validating the analysis approaches. The next step is to develop the means to convert the CART remote sensor data stream into the types of derived data quantities that are necessary to comprehend the effects the clouds and clear atmosphere on the IRF and GCM-class radiative transfer models.

The choice of ARM’s Tropical Western Pacific (TWP) site was dictated, in large part, by the ocean warm pool and the deep convection associated with it. Satellite observations show that the ocean surface temperatures in the vicinity of the Maritime Continent are consistently the warmest and cloud top temperatures are the coldest found anywhere.

ARM has an important role to play in the TWP and that role has three distinct and critical elements:

The specific scientific objectives to be addressed at the ARM site in the North Slope of Alaska/Adjacent Arctic Ocean (NSA/AAO) focus on improving the performance of climate models at high latitudes by improving our understanding of specific physical processes.

The observational strategy proposed will allow us to improve our understanding of the cloud and radiation environment of the Arctic, over land and ocean. These observations will be used to initialize and validate cloud-resolving models, and as a basis for comparing parameterizations. These improved parameterizations will be incorporated into a regional climate model of the Arctic and global climate models. Collaboration with other programs, such as the Surface Heat Budget of the Arctic Ocean (SHEBA), the First ISCCP (International Satellite Cloud Climatology Experiment) Regional Experiment (FIRE), and Land-Atmosphere-Ice-Interactions (LAII) allows ARM to address its secondary science objectives; together, these programs will have a substantial impact on our ability to model the arctic climate, specifically the cloud-radiation feedback.

Interactions of the Data and Science Integration Team (DSIT) with Science Team members, individually and collectively, are the primary information exchange mechanism that drives the collection and management of data within the ARM Program. The interaction leads to translating the science needs into data needs. A critical part of this translation is the management and documentation of data quality. The stated goal of ARM is to produce data of “known and reasonable quality.” This goal is translated into both actions to ensure that the instruments produce data of sufficient precision and accuracy to meet scientific needs and the obligation to produce a record of the calibration and operational history of instruments and their associated data streams sufficient to ensure an enduring record of data quality.