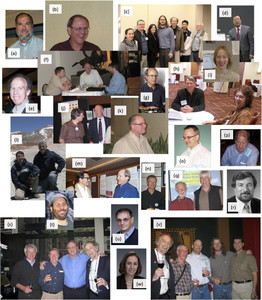 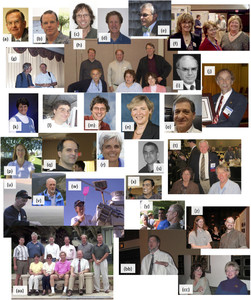 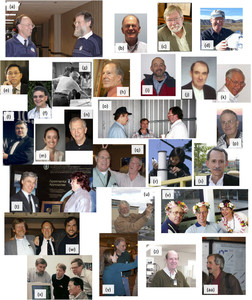 © Get Permissions
Full access
The Atmospheric Radiation Measurement (ARM) Program is by all measures a unique enterprise. The U.S. Department of Energy (DOE) conceived the Program in 1990 as its primary contribution to the then newly created U.S. Global Change Research Program. Ari Patrinos, who was a DOE program manager in 1990, said in his forward to the ARM Program Plan that

[the] recent heightened concern about global warming from an enhanced greenhouse effect has prompted the department (DOE) to accelerate the research to improve predictions of climate change. The emphasis is on the timing and magnitude of climate change as well as on the regional characteristics of this change. The Atmospheric Radiation Measurement (ARM) Program was developed to supply an improved predictive capability, particularly as it relates to the cloud–climate feedback.

ARM was a natural evolution of two separate research efforts within the DOE that were evaluating radiation parameterizations used in general circulation models (GCMs) and assessing the differences in cloud feedback in GCMs. Both of these activities required data, and the ARM Program was designed to provide that data. The original science vision of the ARM Program was for it to be a 10-yr endeavor, but the success of ARM has resulted in the Program continuing for more than 25 years and counting.

In many ways, ARM should be considered the model basic research program. It was formulated to address the largest uncertainties that were restricting progress in improving the fidelity of GCMs, namely the representation of radiation and clouds in these models. It had an ambitious goal to markedly improve our understanding within a decade. To do this, the founders of the Program realized that a new paradigm was needed. Continuous multiyear datasets that spanned the entire range of atmospheric conditions were required. Sites had to be established in climatically important regions of the world; organizational structures and procedures had to be developed; scientific and infrastructure staff had to be selected; instrumentation needed to be chosen and built or purchased; and the process of designing, building, and running the Program had to be conducted.

And so the Program was born. But like virtually all endeavors, the original plans did not anticipate every contingency. One of ARM’s great accomplishments was (and is) its ability to grow and evolve, adjusting to accommodate new scientific questions and priorities and to match changes in the funding structure provided by DOE. ARM is now a very complex $65M per year activity,1 supporting the activities of approximately 100 scientists, associates, and students together with over 150 scientific and engineering staff within the Program’s infrastructure. The Program’s story is a remarkable one, and one that needed to be told.

The ARM history is also a story about people. The vision of the Program was developed by a relatively small group of people, but then augmented and implemented by many. The Program has benefitted from excellent leadership from DOE management (such as Ari Patrinos, Peter Lunn, Pat Crowley, and Wanda Ferrell) and staff from most of the DOE national laboratories (such as Marv Wesely, Ric Cederwall, John Vitko, Joyce Tichler, Bill Clements, and many, many others) who helped lead different components of the Program. The scientific direction of the Program was guided over the first 20 years by three chief scientists and members of the Science Team Executive Committee (STEC) and later the Science and Infrastructure Steering Committee (SISC). However, many of the real impacts to the ARM Program rose from the rank-and-file members of the Program, as scientific guidance often came from funded Principal Investigators (PIs) and their colleagues through the different scientific working groups used to organize the Science Team. Many of the components and improvements of the infrastructure originated from ideas of people within the infrastructure at all levels. There have also been many dozens of people working behind the scenes on contracts, budgeting, technical editing of ARM documents, organizing ARM’s yearly meetings, public relations, outreach, and countless other tasks that are necessary for any enterprise as large as ARM. While it is virtually impossible to mention everyone who played a significant role in ARM, Figs. 1–3 show some of the more prominent people from the Science Team, infrastructure, and management of the ARM Program over the last two decades.

There is a strong sense of community around ARM. Some of this sense of community can be attributed to the members of the infrastructure, who have remained as relatively constant contributors at ARM meetings for the last two decades. The general organization of the Science Team via the use of working groups, which are led by a selected member from that working group, also has contributed to this feeling of community. As such, the Program has also been a great incubator for young scientists, and many of the scientific leaders in the Program today began as graduate students supported by PIs who were funded by ARM. This has created a feeling of “ownership” by many scientists and infrastructure members in the Program, and that vested interest has benefitted the ARM tremendously.

The impact of ARM has been large and far-reaching. For the last two decades, ARM-funded scientists have been very visible reporting their results at American Meteorological Society (AMS) meetings (e.g., at the Cloud Physics and Atmospheric Radiation conferences), the fall American Geophysical Union (AGU) meeting, International Union of Geodesy and Geophysics (IUGG) meetings, and other national and international meetings. ARM scientists are on the International Radiation Commission, actively participate on the Intergovernmental Panel on Climate Change (IPCC), and organize and engage in the Global Energy and Water Cycle Experiment (GEWEX) activities, among many other endeavors. Additionally, ARM has actively participated in outreach activities to engage and educate elementary and high school students, communities, and other “non-scientists.” These outreach activities were very important in the early days when the Program was establishing the long-term sites and wanted to develop a positive relationship with the surrounding communities.

This monograph provides the history of the birth and growth of the ARM Program. While ARM-funded scientists and others using ARM data have published many hundreds of papers in scientific journals, only three previously published papers provide any broad overview of the Program. Gerry Stokes and Steve Schwartz discussed the original conception and birth of the Program in an early paper that appeared shortly after the Southern Great Plains (SGP) site started collecting data (Stokes and Schwartz 1994), Tom Ackerman and Gerry Stokes provided a high-level overview of some of the main accomplishments of Program in its first decade (Ackerman and Stokes 2003), and Jim Mather and Jimmy Voyles described more recent activities that have greatly broadened the scope of the Program near the end of its second decade (Mather and Voyles 2013). However, these three papers only provide snapshots and are unable to delve into myriad of accomplishments, challenges, and decision points that the Program has faced and overcome along the way.

This monograph aims to provide those details. To tell the story of ARM, a collection of ARM scientists and infrastructure members were solicited to provide their thoughts on various components of the Program. The first four chapters provide a high-level view of the origin, birth, and maturation of the ARM Program. Chapters 5 through 12 cover different components of the ARM infrastructure, including how the sites were selected, an overview of each of the sites including how the ARM Mobile Facility came to be, the history of airborne observations in the Program, a synopsis of the ARM data system and its evolution, and the Program’s data quality program. Chapters 13 through 30 capture the progress ARM has made on various scientific topics. The range of topics covered is impressive!

This monograph is dedicated to Pete Lamb and Marv Wesely, who passed before their time, and all of the scientists, engineers, managers, and staff that contributed their energy and ideas to the formulation and evolution of the ARM Program.

A careful reader of this monograph will note that the current annual budget, which is at its highest ever, still does not reach that anticipated by the earliest program visionaries in 1990.