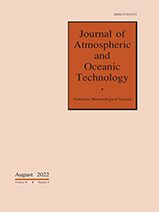 Observations of Tropospheric Temperature Fluctuations with the MU Radar-RASS