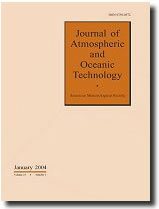 This special issue of the Journal of Atmospheric and Oceanic Technology contains articles based on papers presented at the Seventh International Symposium on Tropospheric Profiling: Needs and Technologies held in Boulder, Colorado, in June 2006.

Over the past 18 yr this series of symposia has attracted an international group of scientists and engineers with broad experience in atmospheric measurement and modeling. As in past symposia, the seventh one created a dialog between experts in profiling technologies and expert users of observations. Nearly 200 participants from 15 countries presented papers and discussed recent progress during the nine sessions shown in the table below. Sessions had both oral and poster presentations, and most were preceded by a keynote address focusing on measurement needs. A panel discussion on the topic “Needs and Technologies: Progress since ISTP-1 1988” was held on the last day to add perspective on progress made and help define future measurement needs.

The panel discussion was led by R. Michael Hardesty, Walter Dabberdt, Kenneth S. Gage, and Susan K. Avery. Topics and conclusions of note were 1) the benefits from synergy when various technologies are combined (e.g., radar and lidar profiling at various wavelengths); 2) that networks of profiling stations would benefit research and forecasting; 3) a related consensus that smaller, cheaper, low-power profilers operating autonomously would facilitate networks and growth of the use of profilers; 4) that further development of data assimilation capabilities is needed to make the best use of profiling stations; and 5) the future emphasis will be toward profiling significant constituents such as water vapor, carbon dioxide, and aerosol properties.

The next (eighth) International Symposium on Tropospheric Profiling will be held in the Netherlands in 2009.