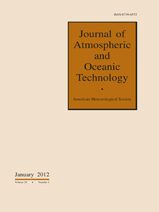 Comparison of relative errors of the effective particle size calculated from the kernel technique and the conventional approach for De = (top) 20, (middle) 116, and (bottom) 185 μm.

Comparison of relative errors of the extinction efficiency calculated from the kernel technique and the conventional approach for (top to bottom) three particle size distributions at (left to right) the 0.66-, 3.78-, and 12-μm wavelengths.

As in Fig. 7, but for the asymmetry factor.

As in Fig. 7, but for the single-scattering albedo.

Comparison of the bulk phase function calculated from the kernel technique and the conventional approach at the wavelength of 0.66 μm for 10, 20, 30, and 60 bins. The effective particle size is 20 μm.

The single-scattering albedo vs (top to bottom) the effective size calculated from both methods for different number of size bins at wavelengths of (left) 3.78 and (right) 12 μm. 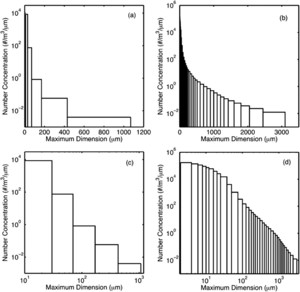 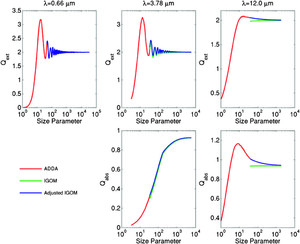 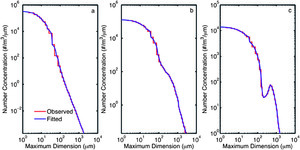 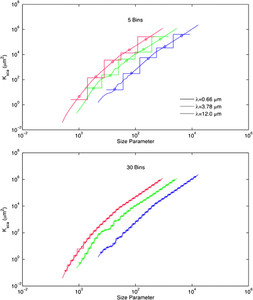 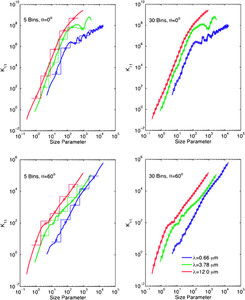 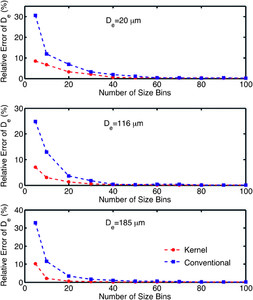 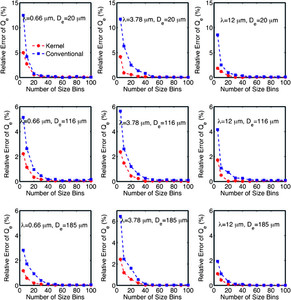 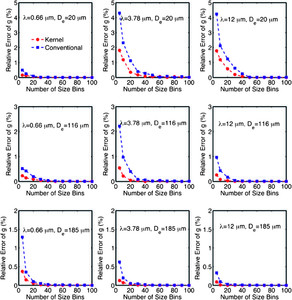 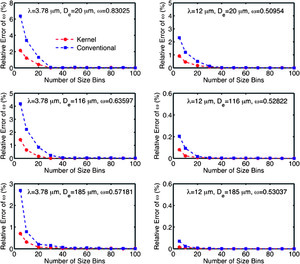 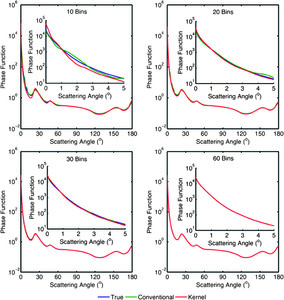 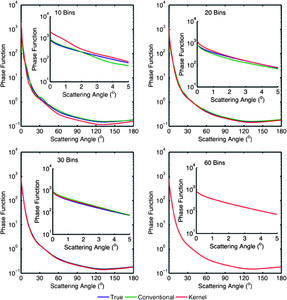 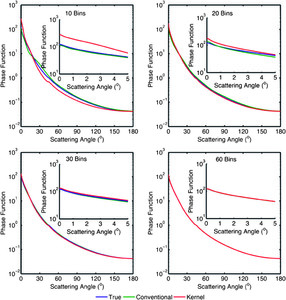 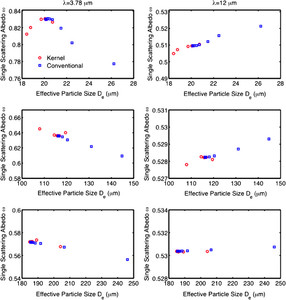