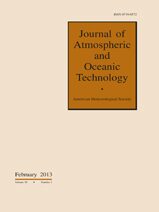 ASCAT wind direction at the Persian Gulf and Ratnagiri along the west coast of India from 20 May to 19 Jul 2011. 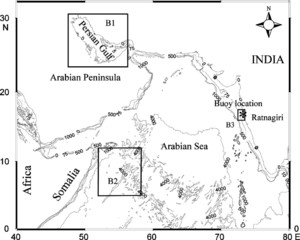 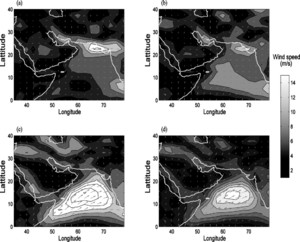 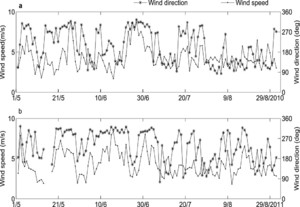 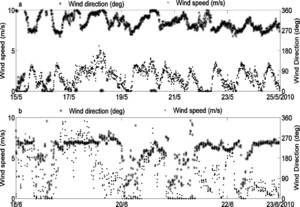 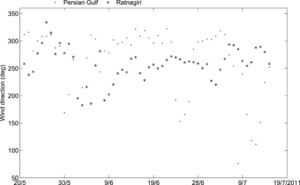 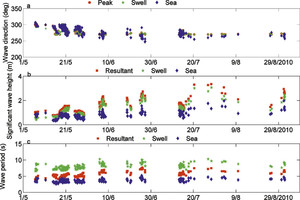 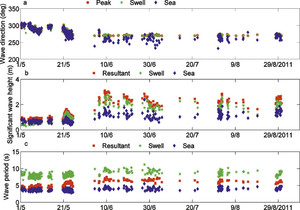 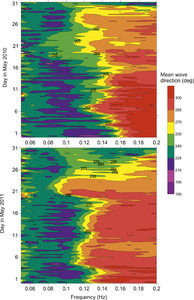