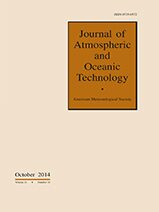 Dynamic water level response R inside a protective well to surface waves of height H and period T from Shih (1981). Here Tn is the resonant period of the well and ζ = dw/do is the damping factor where dw and do are the diameters of the protective well and orifice, respectively. The dashed line represents the theoretical response in the absence of damping.

Relationship between water level drawdown in centimeters (Δh) and surface wave forcing from Shih and Rogers (1981) Here T is the wave period, do/dw the ratio of orifice to protective well diameter, Hm0 the significant wave height in meters, and Hmin minimum threshold wave height below which wave effects are not important.

(a) Hourly significant wave height Hm0 during a 24-day period (UTC) in April 2012 at Duck. (b) Hourly NWLON standard deviations.

Linear regression of the significant wave height (Hm0) onto the microwave and acoustic standard deviations shown in Fig. 11 over a 24-h sliding window (UTC). (a) Fit coefficients. The dashed line shows the ideal model of Hm0 = 4σ, corresponding to the accepted definition of significant wave height. (b) Correlation coefficients. Values are shown only if the p value exceeded the 99% confidence level.

Map of North American and Hawaiian NWLON stations from Table 1. 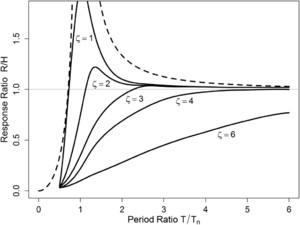 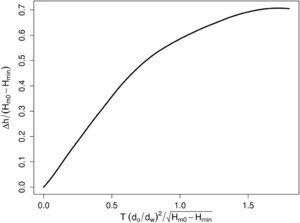 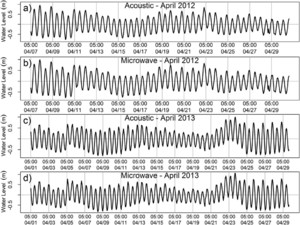 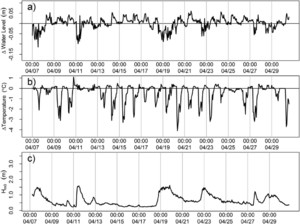 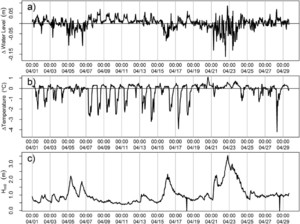 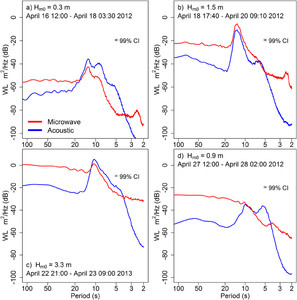 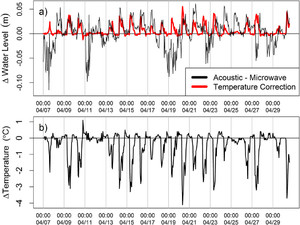 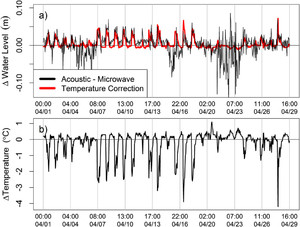 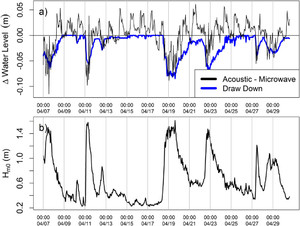 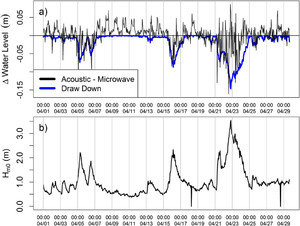 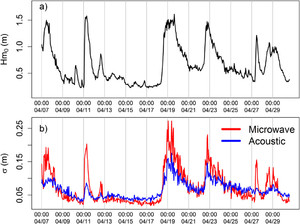 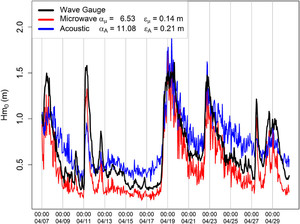 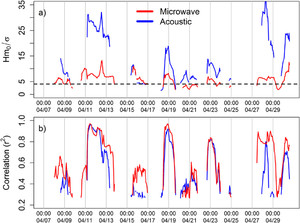 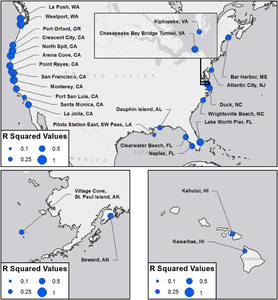