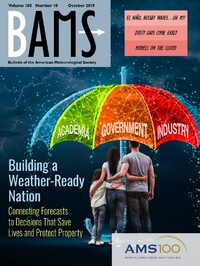 (left) Participants’ main research interests and (right) percentage of votes given to each of the topics listed in the opening panel discussion. The five topics with the highest score were selected for the roundtable discussions.

The Biggest Unknowns Related to Decadal Prediction: What 50 Experts Think Are the 5 Major Knowledge Gaps

What: The Horizon 2020 (H2020)-funded project European Climate Prediction System (EUCP) and Barcelona Supercomputing Center’s (BSC) Earth Sciences Department organized the workshop to discuss pertinent issues related to development and application of decadal climate prediction. The organizers invited participants of the larger and parallel CMIP6 Workshop and all other interested scientists, and as a result, the workshop reached the capacity of the venue, with 50 participants, experts in this field.

Decadal climate prediction is a relatively new line of research, getting momentum within the climate community, as well as in the climate services arena. Given that time scales of 1–10 years address needs of stakeholders from various economic sectors and societal groups, we expect wide interest and use of this innovative climate information once pending scientific concerns are addressed. Parallel to an event of high relevance for the international climate community—the Coupled Model Intercomparison Project Phase 6 (CMIP6) Model Analysis Workshop—we organized a workshop to discuss the biggest challenges in decadal climate prediction. The workshop was attended by 50 climate scientists from six continents with a broad spectrum of research interests (Fig. 1). It started with a discussion about the most relevant issues for the scientific community. After voting for five key topics (Fig. 1), we had two sets of roundtable discussions for each of these topics. In this 2-h-long interactive session, each scientist had an opportunity to share their thoughts and experiences related to two of these topics. The workshop collected many new views and possible solutions for the problems under discussion but also opened new questions and recognized needs for further scientific considerations. This report summarizes the main findings and conclusions from each of the roundtables.

PHYSICS BEHIND THE SOURCES OF DECADAL CLIMATE PREDICTABILITY.

To predict climate variability beyond its persistence/autocorrelation time scale, the community generally uses forecast systems built on numerical coupled global climate models (CGCMs). However, at decadal time scale, the shortness of the observational records by comparison to the time scale of interest strongly limits our ability to evaluate model performance. Knowing how much variability is externally or internally driven is key to understand the sources and limits of climate predictability. At regional scale particularly, simulations from CGCMs fed with historical external forcing show large differences, highlighting model uncertainties and the importance of internal variability.

Due to the limited observed records, model uncertainties, and potential importance of both internal variability and short-lived forcings at regional scale, further research is needed. In this context, several ideas were proposed during the workshop, grouped under four subtopics:

Initialization is the process of phasing the model toward the observed climate state at the beginning of each prediction, from where the climate then freely evolves during the forecast. Identified potential problems and uncertainties, to be addressed through systematic sensitivity experiments, are grouped under the following four subtopics:

From a physical point of view, forecast uncertainty is tightly linked to internal climate variability, the response to short-lived forcings, and the signal-to-noise paradigm. In more detail, different elements of uncertainty were discussed in the workshop:

The most important questions discussed were how to measure forecast quality and what scores to use. A more philosophical discussion of how to define quality was also engaged. A summary of the main points follows:

Over the past few decades, the user community has been widely applying climate projections as an important source of climate change information. Users’ readiness to adopt decadal prediction, to undertake decisions in the coming decade was discussed, while the participants suggested aspects that should be improved if we are to achieve this goal:

The most concrete recommendations, such as using the multimodel coordinated approach to better understand predictability and forecast quality, refer to how to set the experiments and run the simulations. Other points where further research should focus include how to best measure and communicate forecast quality or how to use emerging constraints to advance the understanding of the model spread. Systematic sensitivity studies will be necessary to address many of the identified knowledge gaps, and ideally provide a set of best practices for the initialization of decadal predictions. Interesting discussions emerged also from the usability and uncertainty roundtables, for example, about the importance of a united and authoritative voice and the need to explore additional communication strategies when we communicate about new climate services. Finally, the workshop provided for brainstorming and sharing of ideas between 50 climate scientists from all over the world. This brought in new questions and issues that should be addressed in the near future, if we are to move decadal prediction from research to a widely used operational climate service.