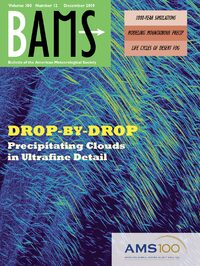 Microtopographical influences on high-wind impacts. A visible break in the 1 May 2018 Tescott, Kansas, tornado track as tornado winds interact with a sunken gully: limited erosion and scour inside the gully vs increased intensity scour with gain in elevation. 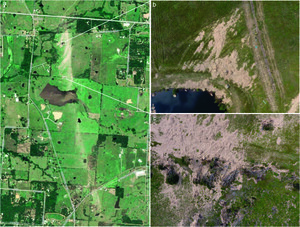 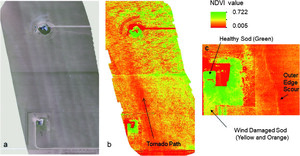 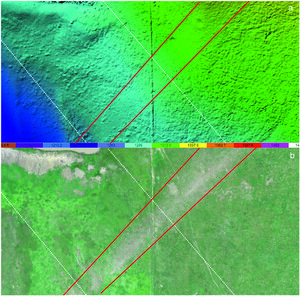