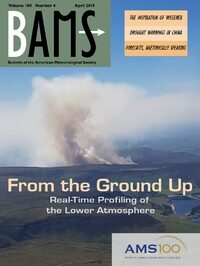 2018: Year of the (Weather?) Woman—Discussion of email responses to Perryman and Theiss (2014)