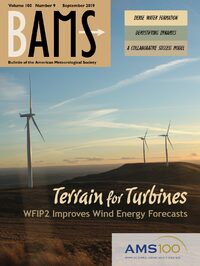 The AMS Board for Early Career Professionals: Past, Present, and Future Perspectives