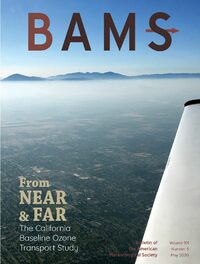 (a)–(j) Monthly evolution of the median projected ranking (solid gray curve) and the 95% prediction interval (dashed gray curve) during the monitoring year for individual years between 2009 and 2018. The month indicates the month during which the projection was performed using monthly data through the previous month. The black tick mark indicates the observed end-of-year ranking. 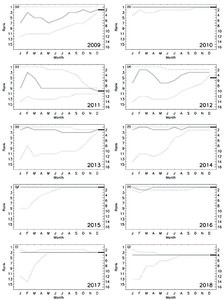 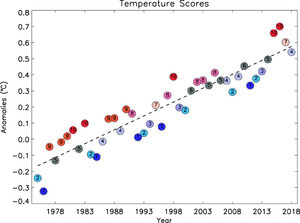 Should We Expect Each Year in the Next Decade (2019–28) to Be Ranked among the Top 10 Warmest Years Globally?