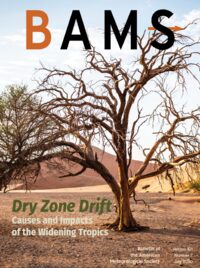 Pathways to Sustainable Growth under a Changing Climate: Enhancing Interaction between Climate Science and Society