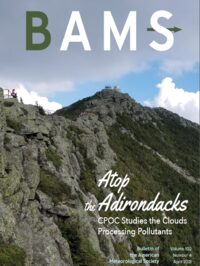 The recently published article entitled “The financial dilemma of students pursuing an atmospheric science graduate degree in the United States” by Card et al. (2020) contained a fundamental mistake in their methodology of calculating “effective income” that could have had far-reaching negative impacts on some programs and schools when it was first published. After pointing out to the authors that it is incorrect to use meals and incidental expense (M&IE) rates to estimate cost of living outside of the continental United States, the original article was retracted and subsequently revised by Card et al. (2020) to exclude the University of Hawaiʻi at Mānoa (UHM) and the University of Alaska Fairbanks (UAF) from their calculation of “effective income.” Despite the exclusion of UHM and UAF from the revised article by Card et al. (2020), we feel that it is still important to detail the original issue that resulted in the correction as well as some additional suggestions to improve their methodology to guide future research on this important topic.

Graduate students play an essential role in the university structure by carrying out groundbreaking research and by assisting with graduate and undergraduate teaching responsibilities. A graduate student who is covered by a research assistant or teaching assistant position has their tuition waived by their position and is paid a stipend for their duties. The stipend should cover their cost-of-living expenses and other financial responsibilities. In addition to programmatic factors like research topic or advisor, income (stipend amount) and cost of living are important factors for graduate students when determining which graduate program to attend. Graduate students deserve a fair living wage for their contributions to universities as they work toward a degree.

A fair living wage needs to include the cost of living in a particular location and needs to recognize the reality that some locations cost more to live in than others. For example, states like Hawaiʻi (HI) and California (CA) have higher costs of living compared to the average, as do cities like New York City and Seattle. To adjust income to reflect these cost-of-living disparities, the U.S. Bureau of Economic Analysis (BEA) publishes regional price parities (RPPs), a metric of the differences in price levels across states and metropolitan areas for a given year, expressed as a percentage of the overall national price level. In 2018, HI had RPP 118.1, NY 116.4, District of Columbia 116.1, and CA 115.4 (see Table 3 in www.bea.gov/sites/default/files/2020-05/rpp0520.pdf). For example, an income of $35,000 a year would be adjusted to $35,000/1.18 = $29,661 to reflect cost of living in HI (including rent).

In the original version of the now corrected Card et al. (2020) study, M&IE were used to estimate living costs for HI and Alaska, which led to incorrect estimates of their “effective income” for UHM and UAF. M&IE reflect travel costs, which are inevitably higher in places like HI, where tourism is a primary industry. For instance, M&IE for HI was shown to be $149, which represents a ∼100% increase compared to M&IE in NY ($76), while the difference in RPPs between the two locations is only ∼2%. In their original paper, the authors cited Aten and Figueroa (2014) to claim that M&IE tracks closely with regional price parities and can therefore be used for their analysis. However, this claim was incorrect and the results in Aten and Figueroa (2014), as well as the simple comparison between NY and HI provided above, support the exact opposite when it comes to states like HI. We maintain that the commonly used RPPs are a superior metric to estimate cost of living compared to M&IE for all regions (see below).

In their reply to this comment, Card et al. (2021) argue that M&IE can be used as a reasonable substitute for RPP in estimating cost of living in the continental United States given that the two variables have a moderate linear correlation coefficient of 0.68 (see their Fig. 1). Note that this moderate linear relationship is only found if UHM and UAF are excluded, further supporting our original argument that M&IE is a questionable tool for the purpose of cost-of-living adjustments. On the contrary, RPPs were specifically designed to quantify cost of living. Even if there is a potential substitute (M&IE explaining ∼46% of the variance in RPPs), it should be avoided if RPPs are readily available as a more suitable metric.

Cost of living in HI is recognized as one of the most significant challenges for the state’s population. It impacts the decisions of not only prospective students, but also faculty and staff, and, as Card et al. (2020) correctly point out, it should be reflected in the stipends and salaries in schools across the country. However, using M&IE instead of following the established practice of using RPP to account for cost of living in a location can lead to inaccurate reports of the cost of living and mislead prospective students away from unique educational opportunities at Tier 1 research universities like UHM. Importantly, faculty at UHM and other universities have the option to offer more than the stipend stated in the paper for exceptional prospective students, in addition to scholarships and other financial aid options available. Thus, we encourage students to communicate with faculty and departments directly to receive up-to-date accurate information before making the important decision of choosing their graduate school.