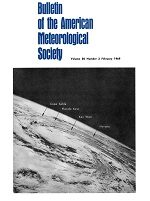 agroclimatic studies in the U.S.S.R.