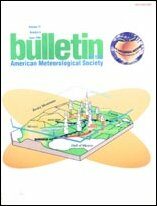 Interdecadal Variation in U.S. Pacific Coast Precipitation over the Past Four Decades