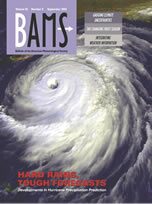 EXPERT ASSESSMENT OF UNCERTAINTIES IN DETECTION AND ATTRIBUTION OF CLIMATE CHANGE