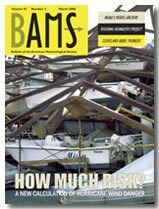 Can Lightning Observations be Used as an Indicator of Upper-Tropospheric Water Vapor Variability?