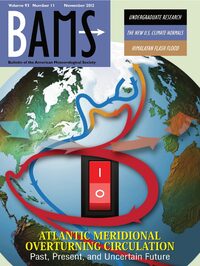 The Far-Infrared: Focusing on a Relatively Underexplored Portion of the Electromagnetic Spectrum

What: Thirty scientists from four nations, including experts in infrared remote sensing, convened to survey the state of the science in measuring and modeling the Earth's spectral radiance in the far infrared (15–100 μm).

Compared to other spectral bands in the electromagnetic spectrum, the far infrared (15–100 μm) is relatively underexplored. This was primarily due to a lack of instrumentation that could make accurate, spectrally resolved radiance measurements in the far infrared coupled with the fact that the atmosphere is opaque at the surface over much of Earth. Over the last decade, however, significant advances have been made, beginning with the design of spectrally resolved instruments that are well calibrated and characterized. These newly developed instruments were used in several field experiments to provide datasets that have in turn been used to improve line-by-line models in the far infrared and to demonstrate that these models are still lacking in many respects. Additionally, retrieval theorists have demonstrated that having spectral radiance observations in the far infrared from space would be very beneficial for profiling water vapor from space, as well as characterizing cloud properties (especially ice clouds). And, several of these advances have resulted in important improvements in climate models, since errors in the absorption of water vapor in the far infrared could affect vertical motions through the diabatic heating rate.

With growing interest and improvements in remote sensing in the far infrared, a focused two-day workshop was convened to review the importance of the far-infrared portion of the electromagnetic spectrum, assess the state of the science in measuring and modeling radiation in this spectral band, and recommend future directions in its development. The workshop, which was attended by leading scientists in the fields of infrared remote sensing instrumentation, retrieval and information content analysis, and radiative transfer and climate modeling, provided a forum that focused on the scientific questions associated with the far-infrared portion of the electromagnetic spectrum. It covered several topics, including clear- and cloudy-sky radiative properties, climate and climate sensitivity associated with radiation, remote sensing of water vapor and clouds, instrumentation, and future missions and experiments.

The workshop was organized into general topics. Presentations in the opening session provided the motivation for the conference by highlighting the importance of the far infrared for modeling the Earth's general atmospheric circulation and climate, which has implications for energy, national security, and economics.

The next session focused on recent field experiments that collected spectrally resolved data in clear-sky conditions. These data have led to important improvements in the treatment of water vapor absorption in the far infrared both to the water vapor absorption line parameters and to the water vapor continuum absorption model; these data also suggest that more refinements are necessary. This session necessarily included discussions about relatively recently designed instruments that make spectrally resolved measurements in the far infrared, with particular attention paid to the instrument design, calibration, and noise characteristics. One speaker demonstrated that, as the ability to model and measure atmospheric emission in the far-infrared improves, the ability to remotely sense profiles of water vapor at higher vertical resolution and accuracy in the mid- to upper troposphere from space would also be realized by using far-infrared observations in addition to the traditionally used midinfrared observations.

The next session turned from the clear-sky atmosphere to cloudy conditions. Improvements in cirrus absorption models were discussed, including the use of radiative closure exercises based on field experiment datasets to evaluate model accuracy in the far infrared relative to the midinfrared. As a result of the current lack of spectrally resolved far-infrared observations from space, methods have been developed that estimate the contribution to the outgoing longwave radiative flux in the far infrared from other observations; techniques like this are being used to evaluate the accuracy of climate model simulations in both clear and cloudy atmospheres.

The last session of the workshop focused on future instrumentation needs. This included a range of topics from calibration methods that ensure International System of Units (SI, abbreviated from Système International d'Unités) traceability both in the lab and in orbit, and potential future satellite missions.

This was a very successful workshop, allowing leaders in the field to present and exchange ideas regarding various issues involving far-infrared measurements, modeling, and associated studies. Measurements from past field campaigns were described, as well as the instruments designed to make measurements in the far-infrared portion of the spectrum. These measurements have been very useful for improving our understanding of the atmosphere, radiative closure studies, and improving radiative transfer models, particularly for the water vapor continuum. The field experiments have resulted in substantial changes in the parameterization of the water vapor continuum, sometimes up to a factor of 2; furthermore, the most recent experiments suggest that some additional modifications to the water vapor continuum model are still needed. The utility of ground-based, airborne, and satellite observations in the far infrared has been clearly demonstrated; however, there was also a call for more laboratory measurements of water vapor spectroscopic parameters, and in particular absorption line widths. Several modeling efforts were also discussed, including spectroscopic models, cloud models, as well as comparisons between observations and general circulation models. Participants agreed that improved instruments for the ongoing characterization of the far-infrared atmospheric spectrum are needed. Specifically, satellite-based spectrally resolved far-infrared radiance observations would provide constraints on radiative feedbacks, which would aid societal objectives, such as sound energy policy, agriculture, and security.

An agenda of the meeting, a list of participants, and a short summary of each of the presentations, along with the presentations themselves, are available online (www.ssec.wisc.edu/farir_workshop/2011/).