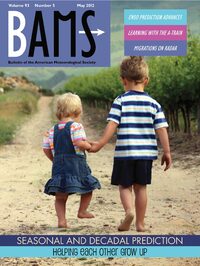 (Top) Modis Terra 1000-m false color RG B image, highlighting changes in the waterways between 10 Apr and 10 May 2010 as a result of the 1–2 May 2010 record precipitation and flood event across the mid-South. Red circles highlight changes in the visibility of the waterways before and after the event. Dotted lines demarcate local karst boundaries. (Bottom) Daily stream discharge for (left) Drakes Creek near Alvaton and Bowling Green, Kentucky, and (right) the Cumberland River in Nashville, Tennessee. Bold vertical black lines mark the dates of the satellite imagery.

Casualties, and property and crop damages by county during 1–2 May 2010.

NCEP/NCAR Reanalysis data showing daily composite precipitable water (mm) (thin contours) and standardized anomalies (shaded) for (a) 1 May and (b) 2 May 2010. Bold outlined areas demarcate areas with upward vertical motion with the outer extent starting with omega values of −0.3 Pa s−1. Triangles indicate the locations of precipitation accumulation records for the month of May. Squares show the locations of all-time 24-h precipitation accumulation records.

(a) Annual PW (in.) climatology for Nashville, Tennessee (www.crh.noaa.gov/unr/?n=pw). Yellow asterisks indicate daily composite NCEP/NCAR Reanalysis PW values for the grid point closest to Nashville, Tennessee, for 28 Apr–2 May 2010. (b) As in Fig. 8b except for the change in PW (mm) and standardized PW anomalies between 1 and 2 May 2010.

Schematic composite of the synoptic features during 1–2 May 2010. 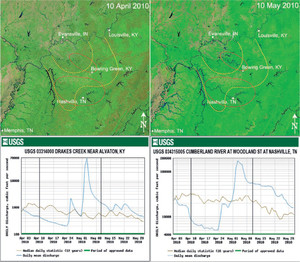 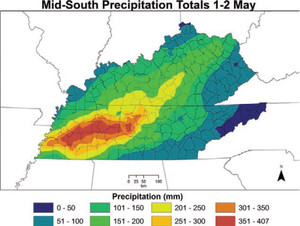 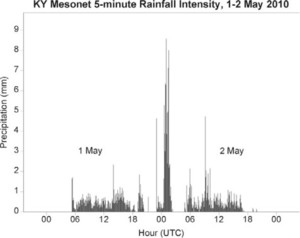 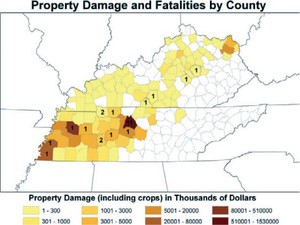 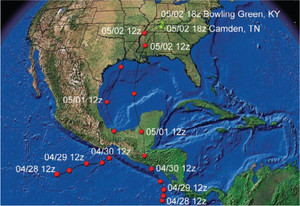 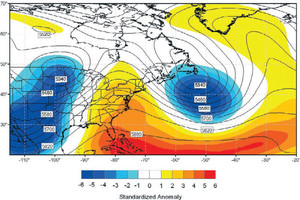 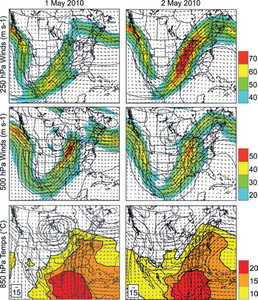 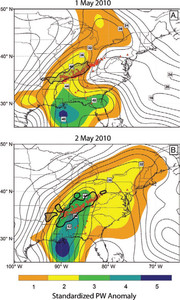 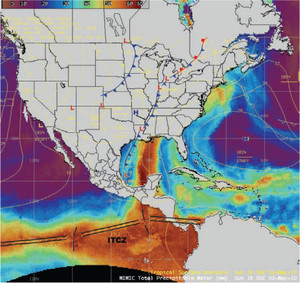 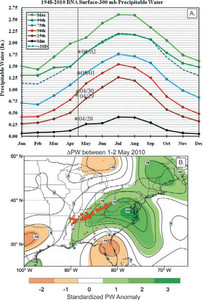 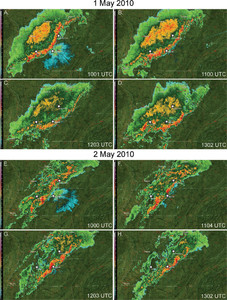 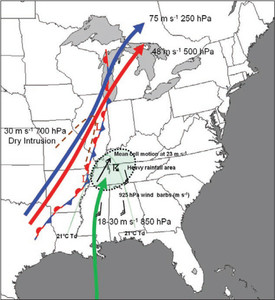