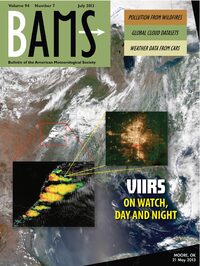 The Mediterranean and Caribbean Seas, though geographically different, present many interesting analogies when climatic change impacts, adaptation, and mitigation strategies are addressed. Both basins are, in different measures, affected by major natural pressures. Changes in sea surface temperature, storm tracks, frequency of extreme events, sea level rise, and ocean acidification exert unprecedented pressure on the marine ecosystem. These pressures are commonly entangled with different anthropogenic threats (e.g., pollution, overfishing, and unsustainable tourism), having significant impacts on freshwater supplies, degradation of marine and coastal ecosystems, and coastal flooding. A major consequence of such impacts is an expected loss of social and economic benefits and services generated by the coastal ecosystems. It is noteworthy to recall that marine coastal activities such as tourism, fishing, aquaculture, and recreation are central to the economic structure of most Caribbean and Mediterranean countries. The mitigation and adaptation to climate change and anthropogenic pressures can therefore be envisioned in a holistic approach where science, economy, and society jointly participate at both national and regional levels for the identification, discussion, and adoption of the best practices to manage the sustainable exploitation of marine resources. Climate change in both the Caribbean and the Mediterranean basins is therefore tightly connected with the subjacent vulnerability and increasing threats. The political fragmentation in the two regions is comparable, but in the case of the Mediterranean Sea the international scientific cooperation has been implemented in a number of integrated projects since the 1970s, and is now extending its efforts into the Black Sea. This does not seem to be the case for the Caribbean region, where national approaches tend to prevail over international and transnational initiatives.

What: Twenty young and senior researchers from Mediterranean and Caribbean countries met to discuss, exchange, and plan oceanographic research and adaptation strategies in the Caribbean with a focus on marine ecosystems and society, and to propose the establishment of a long-lasting alliance and a scientific network.

Indeed, oceanographic research and monitoring in the Caribbean Sea is developed mainly at the national or local level. Compared to similar efforts in the Mediterranean area, international formal agreements and initiatives are less consolidated in the Caribbean, especially in terms of cooperative projects. A more advanced integration in scientific programs at the regional level has enabled the Mediterranean community to achieve scientific and management advances over the Caribbean. Conversely, the local, regional, and global climatic importance of the Caribbean Sea is only now being recognized.

Atmospheric monitoring and modeling in the Caribbean region is relatively well developed, at least when compared to the region's oceanographic efforts. A deeper knowledge of the oceanic state and variability is of primary importance for a better understanding of the forcing exerted over the atmosphere, land, and marine ecosystems, and how these will evolve in a changing climate. Coral bleaching, coastal flooding, and effects due to sea level rise, together with questions posed by coastal and fishery management, are common to both semi-enclosed basins. Understanding ecosystems and societal impacts, as well as capacity building, represents challenging goals for a possible European Union (EU)–Caribbean scientific initiative.

To bridge the gap between the two different communities, a four-day workshop was held at Ecuador's Centro Internacional para la InvestigaciÓn del FenÓmeno de El Niño (CIIFEN), which was sponsored by the International Centre for Theoretical Physics (ICTP) and the Academy of Sciences for the Developing World (TWAS), both based in Trieste, Italy. The mission of both ICTP and TWAS is to foster research and knowledge transfer in developing countries. The workshop was initially conceived to create a common base of discussion between experts from Mediterranean and Caribbean research areas. The main objectives were the following:

The event was structured as an exchange of scientific experiences, comparing the achievements, tools, and results recently gained in the Mediterranean to the Caribbean oceanographic and marine sciences. On behalf of the larger community, a total of 11 Caribbean scientists, including early-career scientists and graduate students, met nine senior Mediterranean scientists at this workshop. It opened by highlighting the urgent need to improve the understanding of oceanic processes in the region, which like the Mediterranean Sea is considered a hot spot of climatic change.

The workshop was a first attempt to implement regional research cooperation in the Caribbean that could address the main scientific questions related to oceanography, support well-informed decisions, meet national management plans, and benefit the most vulnerable populations while taking into consideration the level of science and experience of the Mediterranean region.

During the first two days of the workshop 23 oral presentations were made by the participants, encompassing scientific results, science review, project descriptions and presentations, and opportunities for collaborations and visiting programs. The workshop website provides public access to the program, the list of attendees, and slides of the presentations (http://cdsagenda5.ictp.trieste.it/full_display.php?ida=a11205).

Three thematic sessions were structured to cover the following:

Regarding session 1, the Caribbean community presented results from the climatic oceanographic research in the Caribbean Sea spanning a wide range of topics, from the general circulation to the importance of river discharge, rainfall variability, wave modeling, trends in sea temperature, sea level rise, and swell wave height. Many similarities with the Mediterranean Sea emerged, most notably in the warming trend and sea level rise. It was noted that, if oceanographic research in the Caribbean is the result of multiple disparate and isolated efforts, no scientific advancements or useful applications will be achieved at the required scales. The Mediterranean community, largely formed by coordinators of European Commission (EC) projects and international programs, presented the general description of major research projects and programs in the Mediterranean Sea, recent advances in ocean–atmosphere regional coupled modeling, and the development of operational oceanography and ocean forecasting for both research and a variety of societal applications. Hence, the Caribbean Sea was viewed as a new test bed where some of the results, tools, and operational products of EC-funded projects can be transferred.

Session 2 focused on recent efforts in monitoring the Caribbean coral reefs, the impacts of the climatic drivers on the biogeochemistry and ocean acidification, and the adaptation strategies for coastal communities. The Caribbean Sea marine environment has at its core the coral reef ecosystems, but both ocean acidification and warming constitute serious threats to the long-term survival of coral reefs.

It seemed clear that the complexity of the responses to natural and anthropogenic pressures increases when the spatial scale is reduced. Hence, risk management, adaptation, and timely responses can only be effective starting from a local perspective. The participants agreed that the only way to produce effective marine science to support decisions regarding risk management and adaptation is through collective efforts adequately coordinated on a regional scale. A regional network would optimize financial and human resources, share capacities, foster horizontal cooperation, and identify scientific partners in other regions that can support a regional initiative.

Finally, session 3 highlighted that physiographic features are very similar in the Mediterranean and Caribbean, with both seas being semi-enclosed, dominated by mesoscale phenomena and important river runoff and loads, and sharing similar socioeconomic threats and anthropogenic pressures. However, they also have notable differences in their thermohaline characteristics and atmospheric forcings, resulting in a different variability and sensitivity to climate change. Hence, it was concluded that specific tools for both climate change research and operational monitoring and forecasting must be based on the development of regional observational networks and long-term monitoring of key oceanic and atmospheric parameters.

The last two days of the workshop were scheduled in plenary open discussions and two parallel working groups. The plenary sessions were particularly useful for sharing possible significant emerging opportunities for the oceanographic research community in the Caribbean region. These include the joint research actions provided by the biregional European Union–Caribbean Research and Innovation Networks (EUCARINET) project (www.eucarinet.eu/) and the EC Seventh Framework Programme for Research (EC-FP7) Theme 6 Environment call for proposals concerned with establishing sustainable research and innovation cooperation between main EU and other nations, including Caribbean countries.

The two working groups discussed different issues related to oceanographic research of the Caribbean region. A major effort was made in identifying current strengths and limitations in research coordination, sectorial approach, observational datasets, and relationships with governments and stakeholders, because only a holistic approach that includes anthropogenic pressures can provide the scientific evidence to manage and mitigate the effects of climate change. Several presentations emphasized the poor observational data management in the region. Existing datasets are not homogeneous in both their protocol and format, effectively limiting the use, impact, and possible sharing of the available data. Also, there is a paucity of both modeling and observational studies related to the Caribbean region, so that local and regional studies are carried out based on global-scale information. Finally, and crucially, there is a lack of continuity in the research. Most of the initiatives are researcher-driven and not project- or institutionally driven, making long-term planning and programs very difficult to achieve.

With strengths and limitations in mind, the experts present at the workshop recommended the following lines of action to promote better climate change research:

The workshop was a scientific and social success, whereby the participants laid the foundations not only for a beneficial EU–Caribbean network, but also for an intra-Caribbean collaboration. Both are equally needed for the development of a successful and long-lasting cooperation. CIIFEN was identified as a regional partner that can play a relevant role in coordinating emerging initiatives, scientists, and institutions in the Caribbean region. The major outcome of the workshop was the decision to jointly submit a proposal to the EC-FP7 Theme 6 Environment call, where Latin America and Caribbean countries are one of the targeted regions. A “road map” leading to the proposal submission was established. Efforts on climate change and impacts on marine ecosystems and society in the Caribbean region will be channeled into two main branches: the first is basic science, where we seek to understand the causes and stresses of climate and extreme event changes in the Caribbean; the second is more applied, where risks and impacts on fisheries, tourism, coastal and marine ecosystems, coastal erosion, and shore protection are taken into account. A possible way forward has been identified in (i) the development of operational oceanography, (ii) regional downscaling of climate scenarios for the Caribbean sector, and (iii) development and management of data collection and quality.