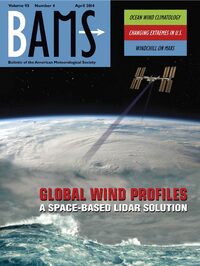 Drought is widely recognized as a slow creeping natural hazard that occurs as a consequence of the natural climatic variability. In recent years, concern has grown worldwide that droughts may be increasing in frequency and severity given the changing climatic conditions. Responses to droughts in most parts of the world are generally reactive (i.e., crisis management) and are known to be untimely, poorly coordinated, and disintegrated. Consequently, the economic, social, and environmental impacts of droughts have increased significantly worldwide. Despite the repeated occurrences of droughts, no concerted efforts have ever been made to initiate a global dialogue on the formulation and adoption of national drought policies aimed at drought risk reduction.

Hence, the World Meteorological Organization (WMO), the secretariat of the United Nations Convention to Combat Desertification (UNCCD), and the Food and Agriculture Organization of the United Nations (FAO), in collaboration with a number of United Nations (UN) agencies and international and regional organizations, convened the High-Level Meeting on National Drought Policy (HMNDP). The objective of the HMNDP was to provide practical insight into useful, science-based actions to address the key drought issues being considered by governments and the private sector under the UNCCD and the various strategies to cope with drought. National governments must adopt policies that engender cooperation and coordination at all levels of government in order to increase their capacity to cope with extended periods of water scarcity in the event of a drought. The ultimate goal is to create more drought-resilient societies.

Plenary sessions at the meeting focused on key elements of national drought policy:

Roundtable discussions, parallel sessions, and side events gave participants the opportunity to learn more about existing best practices in all aspects of drought management and policy for various regions and from the perspective of many international and regional organizations, development banks, and universities.

As a starting point in the discussion of drought management policy, both science and policy documents were prepared well in advance of the HMNDP by members of the International Organizing Committee and distributed to all WMO member countries for additional comments and feedback. The goals of national drought policies, as stated in that document, are as follows:

In the science document (WMO et al. 2013a), members of the International Organizing Committee for HMNDP referenced the various types of drought policies that are available and have been utilized for drought management in the past (Wilhite 2011). This document articulated the three common approaches to drought management.

The first approach is to intervene during and postimpact. These interventions are normally relief measures in the form of emergency assistance programs aimed at providing money or other specific types of assistance (e.g., livestock feed, water, food) to the victims (or those experiencing the most severe impacts) of the drought. This reactive approach is seriously flawed from the perspective of vulnerability reduction since the recipients of this assistance are not expected to change behaviors or resource management practices as a condition of the assistance. For example, livestock producers who do not maintain adequate on-farm storage of feed for livestock as a drought management strategy will be those who first experience the impacts of extended precipitation shortfalls. These producers will be the first to turn to the government or other organizations for assistance in order to maintain herds until the drought is over and feed stocks return to adequate levels. This reliance on the government for relief is contrary to the philosophy of encouraging self-reliance through investments in improved coping capacity. Government assistance or incentives that encourage these investments would be a philosophical change in how governments respond and would promote a change in the expectations of livestock producers as to the role of government in these response efforts. The timing of the more traditional approach of providing relief is also flawed. It often takes weeks or months for assistance to be received, at times long after the relief would be of greatest value.

The second approach encompasses preimpact government programs. These programs are intended to reduce vulnerability and impacts, increasing coping capacity. In the natural hazard field, these types of programs or measures are commonly referred to as mitigation measures. Mitigation in the context of natural hazards is different from mitigation in the context of climate change, where the focus is on reducing greenhouse gas (GHG) emissions. Drought mitigation measures are numerous but appear to be less obvious to many since impacts are generally nonstructural. These measures would include, inter alia, establishing comprehensive early warning systems; improving seasonal forecasts; increasing emphasis on water conservation (demand reduction); increasing or augmenting water supplies through measures such as the greater utilization of groundwater resources, constructing reservoirs, and interconnecting water supplies between neighboring communities; drought planning; awareness building; and education. Insurance programs, currently available in many countries, would also fall into this category of policy types.

The third approach is to develop and implement preparedness plans and policies. This includes developing organizational frameworks and operational arrangements in advance of drought and maintained in between drought episodes by government or other entities. This approach attempts to increase institutional capacity for improved coordination and collaboration within and between levels of government and with stakeholders in the plethora of private organizations with a vested interest in drought management (i.e., communities, natural resource districts or managers, utilities, agribusiness, farm organizations, and others).

What was proposed as part of a national drought management policy was an emphasis on the development and implementation of preimpact government programs and preparedness plans and policies that are directed toward drought risk reduction and community resilience. Drought cannot be prevented, but actions can be taken to better prepare to cope with droughts, develop more resilient ecosystems and communities, and mitigate the impacts of droughts.

In advance of the HMNDP, WMO organized an expert meeting to compile best practices for improving drought management and related policies (Sivakumar et al. 2011). A summary of these practices was included in the science document so nations could understand the context of the HMNDP's focus on national drought policy.

The scientific segment of HMNDP concluded the following:

The high-level or policy segment of the HMNDP was chaired by Brigi Rafini, prime minister of the Republic of Niger. Supporting keynote addresses were given by Ban Ki Moon, secretary general of the United Nations; Jakaya Mrisho Kikwete, president of the United Republic of Tanzania; the Willem-Alexander of the House of Orange-Nassau, chair of the U.N. Secretary-General's Advisory Board on Water and Sanitation; and Professor Bernard Lehmann, director general of the Swiss Federal Office of Agriculture and other dignitaries. The final declaration was accepted by the signatory governments during the HMNDP (WMO et al. 2013b). The declaration urged WMO, UNCCD, FAO, and other related UN partners to assist the governments with the task and specifically called on developed countries to assist developing countries in this area and encouraged international cooperation to foster drought policies in developing countries. A letter on the final declaration was jointly prepared and signed by the main partner organizations (FAO, UNCCD, and WMO) and was sent to governments on 10 June 2013.

Building on the efforts to organize the HMNDP, several initiatives were launched at the meeting. An initiative entitled “Capacity Development to Support National Drought Management Policies,” supported by the UN-Water Decade Programme on Capacity Development (UNW-DPC), WMO, UNCCD, and FAO, aimed at providing capacity development on drought management through four regional workshops that will take place from July 2013 to December 2014. The first workshop was held in Bucharest, Romania, in July 2013 for the countries of eastern Europe. Other workshop locations will include Latin America, Asia, and Africa (UN-Water Activity Information System 2013). In addition, WMO and the Global Water Partnership have launched the Integrated Drought Management Programme (IDMP) with a central objective to “support stakeholders at all levels by providing policy and management guidance and by sharing scientific information, knowledge and best practices for Integrated Drought Management” (WMO 2013).