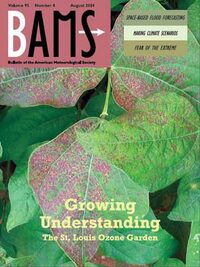 The International Commission on Climate (ICCL), one of 10 international commissions of the International Association of Meteorology and Atmospheric Sciences (IAMAS) of the International Union of Geodesy and Geophysics (IUGG), held an Expert Assessment Workshop on “Decadal Climate Variability and Cross-Scale Interactions” in Beijing, China, from 16 to 17 April 2013. The workshop aimed to assess and document key issues and knowledge gaps associated with decadal-scale climate variability and cross-scale interactions in a warming world. The international workshop brought together participants from seven countries including Australia, China, Germany, Nigeria, Pakistan, the United Kingdom, and the United States. Eleven invited speakers from five of these countries, and more than 30 faculty members and postgraduate students from the Chinese Academy of Sciences (CAS) and National Climate Center, attended the workshop.

The workshop was organized around four key themes, or research questions:

Further details on the agenda and most presentations are available at the workshop web page (http://iccl2013.csp.escience.cn).

IS THE IPO A REAL AND DYNAMIC FEATURE OF THE CLIMATE SYSTEM?

Based on assessments at the workshop, the participants agreed that the IPO and Pacific decadal oscillation (PDO) are indeed real dynamic features of the climate system, identifiable in both observations and climate models. The IPO is obtained from empirical orthogonal function (EOF) analysis of low-pass filtered near-global sea surface temperature anomalies (SSTA), while the PDO is defined as the leading decadal-scale EOF of SSTA in the North Pacific. Although these patterns of climate variability exhibit strong variance in the low frequency and decadal band, they are not characterized by a preferred time scale of oscillation. The EOF time series spectrum of these climate modes is consistent with a red noise process. Overall, stochastic atmospheric forcing appears to be the most important driving mechanism for the interdecadal variability (e.g., Liu 2012).

There remains debate in the literature about the relative importance of atmosphere–ocean coupling in determining North Pacific SST variability and the extent to which North Pacific variability is important in initiating or controlling equatorial variability. Phase 5 of the Coupled Model Intercomparison Project (CMIP5)-type models do not capture the central Pacific and/or Kuroshio Extension region decadal variability very well. Climate models tend to reproduce the spatial patterns of the PDO and IPO. However, a closer look at the temporal variability of the PDO and IPO shows that the dynamics underlying these modes in the climate models are often not consistent with the observations—in particular, the teleconnections with the ENSO system (Furtado et al. 2011). Further, while there are hints that aspects of the PDO and IPO might be predictable, the degree of predictability remains unclear and the red noise process hypothesis seems to dominate.

Questions raised at the workshop include the following: What is the impact of Pacific decadal variability on global mean temperature? What are the influences of other “external” factors such as aerosol forcing or interactions with the Indian Ocean? What is the role of the Southern Ocean? How are models limited by biases in the South Pacific convergence zone? How predictable are decadal variations in the Pacific? Can paleo proxies be used to usefully reconstruct the spatial structure of decadal variability?

Cross-scale interactions imply that nonlinear processes are important. First, the IPO, PDO, and tropical decadal variance are related. Extratropical mechanisms are nevertheless important for generating tropical decadal variance and modulating ENSO. Specifically, Pacific meridional mode dynamics, or, alternatively, extratropical Rossby waves feeding into the equatorial zone via energy transferred to Kelvin waves at the western Pacific boundary, make important contributions. Conversely, equatorial variability is important for teleconnections to the midlatitudes. Further, low frequency (decadal scale and longer) variance in the tropical Pacific also exists independently from ENSO (e.g., owing to the meridional mode) and can be modulated by variability from other ocean basins. In short, sources of decadal variance remain the subject of debate.

Questions raised at the workshop include the following: Can ENSO dynamics add power at preferential decadal time scales? Is there a scale cascade in the tropical climate system—with a nonlinear source? Are noise statistics state dependent? If noise statistics are dependent on the state, then can nonlinear multiplicative noise perhaps lead to cross-scale interaction? How do climate cross-scale cascades relate to standard geophysical fluid dynamics theory? There is strong recognition that the Indian Ocean is a clear player in Pacific decadal variability, but attributing the causes, effects, and mechanisms requires further investigation.

DETECTION AND ATTRIBUTION OF CLIMATE CHANGE ABOVE NATURAL VARIABILITY.

Through the Fourth Assessment Report of the Intergovernmental Panel on Climate Change, it has been demonstrated that current climate models are unable to reproduce the observed warming trend in mean air temperature since the late 1800s, above natural decadal variability, without including the contribution from anthropogenic greenhouse gas forcing. A large fraction of the globe shows detectable trends attributable to anthropogenic forcing over the period 1901–2010. Recent work, however, cautions that we cannot be certain that models are producing an adequate estimate of internal climate variability, although there is considerable margin of error (more than a factor of two) for global mean temperature detection according to phase 3 of the Coupled Model Intercomparison Project (CMIP3) and CMIP5 models (Knutson et al. 2013).

Recent observed Arctic sea ice extent trends are larger than simulated in CMIP5 models, and the cause of this discrepancy remains uncertain. Furthermore, Antarctic sea ice extent has not retreated during recent decades, whereas models predicted a decline, which is also unexplained. Internal multidecadal to centennial variability may be a reason for these differences between observations and models, or in the Arctic the models may be undersensitive in terms of polar amplification or other responses to radiative forcing.

It is notable that the surface Southern Ocean is not warming as rapidly as the Northern Hemisphere and shows important vertical structure features during recent decades (warming at depth compared with cooling at the surface), consistent with internal centennial variability simulated by some climate models (Latif et al. 2013). The centennial variability also impacts average surface air temperature in the models and could be one factor contributing to the current hiatus in global warming. Further, phenomena impacting global mean temperature such as ENSO are highly variable in time and show periods of centennial variations in their statistics in long control simulations.

In terms of detecting and attributing the impact of climate change on modes of variability, such as ENSO, standard techniques suffer from poor signal to noise. The fact that long simulations are required to properly assess changes in ENSO statistics means that it may not be possible to adequately detect ENSO changes in the real world, albeit that recent studies suggest there has been a change in ENSO flavor in the past 30 years. Nevertheless, the problem is one of statistics of small numbers.

Questions raised were as follows: What are the relative roles of aerosol forcing versus internal variability in causing North Atlantic multidecadal variability? Can transient climate sensitivity and the response to aerosol forcing (globally) be constrained through careful assessment of models and data? How much do we believe the simulated internal variability in models as being representative of actual internal variability of the climate system, particularly on the long (decadal to centennial) time scales needed for detection and attribution? How can we detect, attribute, and predict changes in ENSO? Can we design a process-based approach to regional detection and attribution?

IMPACT OF DECADAL MODES ON THE ASIAN MONSOON.

The Tibetan Plateau is a heat source for decadal variability in the Asian monsoon via the speed and position of the mean winds. Characteristics of the most recent interdecadal change in the East Asian summer monsoon (EASM) include an overall weakening, with the dominant mode of anomalous rainfall pattern/atmospheric circulation shifted from a meridional tripole pattern to a dipole pattern around the late 1990s. This has resulted in more flooding along the Yangtze-Huai River Valley and persistent drought over northern China. Possible factors contributing to the change in the EASM include tropical Pacific SST, Indian Ocean SST, southern annular mode (SAM), North Atlantic Oscillation (NAO), and snow cover over the Eurasian continent including the Tibetan Plateau (Li et al. 2013).

The association of the PDO with interdecadal climate changes over East Asia, and the mechanisms underpinning this, are unclear. It will be important to clarify the contributions of both internal and external forcing to these interdecadal climate changes. Questions raised included the following: What factors contributed to the abrupt changes observed at the end of the 1970s and 1990s? Can we quantify the amount of variance in Asian continental precipitation changes on decadal/interdecadal time scales? Ways forward include examining the persistence of episodic flooding or drought and its source. It will also be valuable to investigate feedbacks, for example, associated with rainfall and latent heating.

The meeting was successful in bringing together climate scientists in a collegial forum to discuss key issues associated with decadal climate variability—a time scale of considerable interest both for understanding natural variability and to reduce the possible effects of aliasing when endeavoring to discern longer-term climate change signals. The meeting was successful in documenting what we know, what we do not know, and key related research questions and opportunities across the four theme areas. It was agreed that the ICCL is well placed to play a possible future role in raising awareness of decadal research and facilitating and/or helping to coordinate this research, in conjunction with other programs. Finally, the meeting was valuable in further strengthening the links between climate scientists in China and other countries.