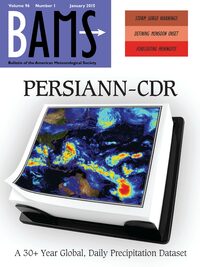 Mitigating the Impact of Severe Weather and Climate Variability through Innovative Sensing, Modeling, and Prediction