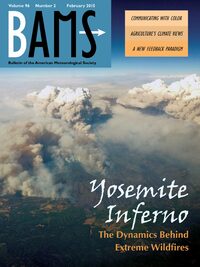 Example of web services request from the URL line and corresponding output.

Example of GridData request to obtain (top) numeric county-average precipitation and (bottom) an image of monthly precipitation. These samples were generated from http://builder.rcc-acis.org/. The map is obtained by entering “image” as the output and checking the Generate map box. The JSON object is generated by a separate call in which the Generate map box is checked, but the output field is JSON. The data field has been omitted from the object given in the figure for brevity.

Example of a more complex web-services request from within a Python program and corresponding output. 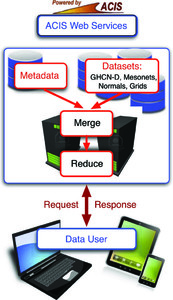 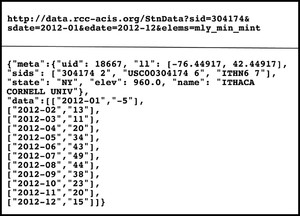 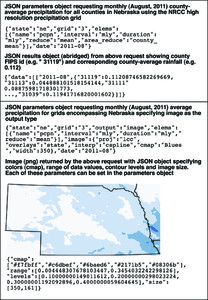 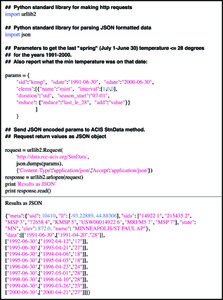