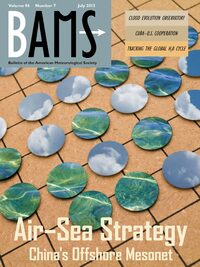 Domain images showing (a) ESI anomalies computed over a four-week period, (b) standardized ESI change anomalies depicting changes in the ESI during the preceding week, (c) RCI, and (d) the RCI-derived probability of a one-category increase in the USDM drought severity occurring during the next two weeks. All images are valid on 1 Jul 2011. 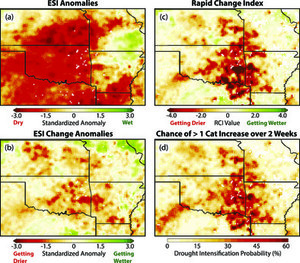 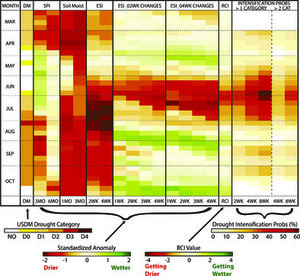