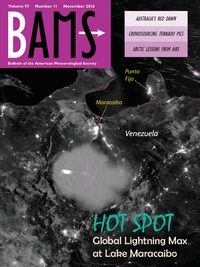 What: The goal of the Drought Impacts: Vulnerability Thresholds in Monitoring and Early-Warning Research (DrIVER) project is to understand the links between natural (hydrometeorological) drought and ecological response and socioeconomic impacts to aid in developing enhanced drought early warning systems (DEWS). Three stakeholder workshops convened in the U.S., U.K., and Australia enabled learning about participants’ experiences of droughts and drought impacts and identified future needs for DEWS. The U.S. water supply case study engaged 27 community water suppliers and state, federal, and private advisors in the Neuse and Cape Fear River basins in North Carolina. The U.K. workshop involved 34 national and regional stakeholders across the water supply, environmental regulation, agriculture, energy, and health sectors. The Australian workshop brought together 30 mostly state-based participants from the water suppliers and water users sectors. Collective insights are reported.

As part of a research commitment to learning with stakeholders about DEWS and impacts, the Drought Impacts: Vulnerability Thresholds in Monitoring and Early-Warning Research (DrIVER) project convened three workshops in the United States, United Kingdom, and Australia (see info box).

Although there were some country-based differences, the main aims of the workshops were as follows:

Each workshop was designed as a coinquiry to develop collective insights, as opposed to knowledge gathering (by researchers) or knowledge transfer (e.g., from researchers to participants). Facilitation and recording were provided by the DrIVER researchers and local advisors.

The first workshop was convened in North Carolina. The state, regional organizations, and community water suppliers are already heavily involved in drought monitoring and planning. The workshop therefore focused on learning about drought monitoring and management efforts at the state and community water system-level in the Neuse and Cape Fear basins, and identifying actions needed to enhance local and state-level DEWS and drought management. Stakeholders shared their experiences and developed a common understanding of their efforts and learning, while expert presentations considered needs for enhanced DEWS for large water systems across the state. Breakout discussions followed, based on stakeholder groups, to identify current needs for enhancing DEWS and drought management efforts.

The U.K. and Australian workshops involved a broader range of stakeholders in terms of sectors, roles, and geographic focus, but explored similar questions relating to indicators, impacts, and information needs for better drought risk management. Table-based working sessions of mixed stakeholders were interspersed with presentations from DrIVER researchers and other expert invited speakers and plenaries. Each table developed a conversation map—similar to a mind map—to explore and record responses to key questions; for example, “How do we know when we are in drought?” and “What should the DEWS of the future look like?” This helped identify assumptions, framings, current practices, and key themes and issues for plenary discussion. Expert presentations raised new ideas and insights as input to the conversations. The final plenary identified a series of actions to progress DEWS.

Despite country differences, the workshops reveal distinct similarities. Although summarized under discrete headings, there are many interconnections. We caution against identifying one in isolation to improve DEWS.

There was general agreement that a more comprehensive understanding of impacts is crucial to improve DEWS. Impacts vary, for example, over space, time, and across sectors for any one drought event, with some sectors, such as health, often neglected. Droughts are also often characterized in terms of their impacts in hindsight, which does little to aid decision-making at the onset of, during, and recovery from drought. Visibility of impacts is often linked to media interests and political imperatives. DEWS should aim to increase sensitivity to a wider range of impacts and also map vulnerability to impacts on the local scale. Assessing recovery of ecosystems after drought is a key requirement.

DEWS for multiple types of drought.

In all three workshops, searching for consensus on a single definition emerged as a trap and was likely to limit insights and usefulness of DEWS. Discussions revealed diverse experiences of droughts and impacts such that a drought was not necessarily defined by its cause (e.g., lack of rainfall or soil moisture deficit) but by its impact(s) on ecosystems and water users. Classification of droughts into simple “meteorological,” “hydrological,” and “agricultural” was questioned. Some U.K. participants, for example, highlighted “salmon droughts” and “whisky droughts” to reflect specific impacts from the perspective of those impacted. In the U.S. workshop, because of the advancement of their drought monitoring plans, possible impact triggers (e.g., streamflow and reservoir levels) serve a direct purpose in early warning, especially as to when to begin and end water restrictions. A key concern then becomes how to communicate drought impacts to the public in order to explain the reasoning behind future restrictions. Flexible DEWS are thus needed to accommodate different “types” of drought as this has a major bearing on the indicators and decisions required.

Data and monitoring concerns were featured in all the workshops. Some existing systems, such as the U.S. Drought Monitor, include elements of drought impacts, but many do not. Participants had very high expectations of future DEWS. They should be based on low-cost, real-time monitoring producing open access data, be accessible and meaningful to a wide range of users operating at different geographical scales, and also enable integrated decision-making. Suggestions included increased stream and groundwater monitoring stations, linked to local precipitation measurements and customer water demand data, as well as underscoring the importance of a soil moisture component. Nevertheless, participants clearly recognized the need for a broader range of data, such as ecological response, health impacts, energy usage, and social indices. Accessing this data will require cross-sector collaborations and support for DEWS.

Uncertainty, robustness, and accuracy in modeling, monitoring, and forecasting drought onset, duration and end were, perhaps unsurprisingly, common concerns. Improved probabilistic models and/or scenarios for producing enhanced hydrologic forecasts and demand projections are required, but participants also recognized that the choice of indicators and monitoring system leads to different forecasts and thus different decisions. In the Australian workshop in particular, the separation of monitoring and forecasting was questioned—better integration is essential to improve DEWS. The time scales of forecasting requirements were variable: farmers might need 6–12-month forecasts for planting decisions, but also require short time scales to determine rapid responses. Currently, the boundary between drought preparedness and drought management was often unclear for participants seeking to reduce vulnerability to drought. Hopes were also expressed it may be possible in future to forecast actual impacts such as knowing when, for example, a drought restriction might come into force.

Even with drought plans in place, the use of formal DEWS and/or impact indicators is largely absent for many water suppliers. They are instead more reliant on their own set of indicators such as reservoir or system storage levels to determine when drought action plans should be in instigated and management actions taken. More studies are needed to better assess the links between local water-related drought impacts, indicators, and management triggers to ensure that impacts are being addressed appropriately in suppliers’ water shortage response plans. DEWS also need to be compatible with local triggers to enhance coordination in drought conditions.

Workshop comments suggest existing DEWS overlook localized impacts, which undermines their relevance for policy makers and user communities. Participants identified a need to improve understanding and incorporation of local drought impacts into DEWS data collection, archiving, and reporting systems. User communities, less interested in the technical and scientific aspects of DEWS, want them to be more representative of their local, context-specific experiences of drought. Citizen science and social media networks offer opportunities to develop real-time, locally relevant two-way flows of data into monitoring databases such as the U.S. Drought Impact Reporter. A key challenge is developing a consistent methodology for reporting drought impacts sector by sector, based on evidence of impacts.

A significant finding is the need for learning from drought events. Learning was not limited to just postevent evaluation. Participants in the U.S. workshop, based on their learning from previous droughts, called for enhanced education, communication, and collaboration with others before and during, as well as after drought events to share research results and best practice information. This would need to engage a broad group of managers, customers, and the public to develop consistent educational programs and drought-related messages and support collaborations during nondrought periods. The U.K. and Australian workshops saw learning as, ultimately, the way to reduce drought vulnerability and risk. Better documentation of drought experiences and impacts could improve shorter and long-term planning and DEWS.

Many workshop participants noted that decision-making about droughts is often fragmented: who is responsible for making decisions and thus what kinds of DEWS and data are needed to support decision-making and governance? Including a wider range of sectors and user communities in decision-making was considered desirable, especially relating to ecological, economic, and social issues and health, but this poses real challenges for the design of DEWS and impact-related indicators. All of the workshops identified that DEWS need to support consistent messaging when many actors are involved in drought management. The media were seen as critically important in reporting, but also influencing, drought governance and decision-making.

Improved decision-making requires integration of many datasets and impact indicators. This is no easy task, leading some workshops participants to raise concerns about accountability: who is accountable if restrictions on water use are imposed and forecasts of drought prove inaccurate? While no categorical answers were forthcoming, the workshop discussions convey the clear message that DEWS exist in political, economic, and social contexts because of the impacts of drought. DEWS are, at first level, a technical and largely quantitative activity, but participants also saw them as part of drought governance and thus a politicized issue.

The workshops reveal that drought is not a singular, definable event with a narrow range of biophysical impacts. Existing DEWS do not report the wider social and ecological range of drought impacts, leading to uncertainty about the links between vulnerability and impacts, particularly at local levels. The workshops point to understanding drought and impacts as a system with interacting biophysical and social elements that coevolve in particular contexts. The DrIVER researchers are incorporating the findings into future workshops to be held in the U.S. and U.K. to support the design of improved, impact-focused DEWS.

Summaries of the workshops and links to further publications from the DrIVER website: www.drought.uni-freiburg.de.