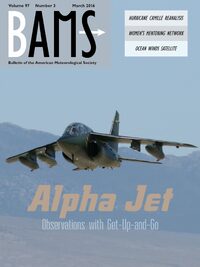 What: Eighty-seven participants from 18 countries met to discuss the prospect for rainfall measurement and high-resolution mapping based on commercial microwave links in Africa. Experts from Europe and Israel provided training to African students, scientists, and meteorologists on this innovative method.

The International Workshop on Rainfall Measurement Based on Microwave (MW) links from Commercial Cellular Communication Networks (Rain Cell) was held in Ouagadougou, Burkina Faso, from 30 March to 2 April 2015 (http://raincell01.sciencesconf.org/). The workshop’s main objective was to build awareness and provide training on a technique that can provide accurate rainfall mapping in areas with poor rain gauge or weather radar coverage. The technique is based on measuring microwave signal attenuation by rainfall. A key advantage of using cellular communication networks for weather observations (Messer et al. 2006; Leijnse et al. 2007) is that the infrastructure (i.e., the MW-link network) is already in place and is maintained to the highest standards by telecom companies. Rainfall estimation based on attenuation is also more accurate than radar-reflectivity-based methods because of the linearity and accuracy of the retrieval relation and the fact that the measurements are close to the ground. After a decade of research on weather monitoring with MW-links, the results can now be transferred to practice.

In Ouagadougou, experts from Europe (France, Germany, the Netherlands, and Switzerland) and Israel gathered to present the principle of the technique (Messer et al. 2006; Leijnse et al. 2007; David et al. 2013) and its application for rainfall mapping at the national scale (Overeem et al. 2013), in mountainous areas (Chwala et al. 2012), and for urban hydrology (Fencl et al. 2013).

The workshop was held in Burkina Faso following the setup of the first African Rain Cell test bed in Ouagadougou in 2012, as a collaborative effort between Telecel Faso, the University of Ouagadougou, and the French Institut de Recherche pour le Developpement (IRD). Quantitative validation of the approach based on rain gauge and radar data in Burkina Faso (Doumounia et al. 2014) was presented in the workshop together with recent research developments in Germany, Switzerland, the Netherlands, and Israel, as well as a flash flood early warning system combining microwave links and satellite data that is being tested in Kenya (Safaricom/ITC University of Twente; Hoedjes et al. 2014).

The pressure on water resources and water-related risks (floods and droughts) is increasing worldwide. Rainfall is the main source of water for the hydrological and agronomical system. Accurate rainfall monitoring is needed for effective water management and agricultural planning, flood forecasting, hydroenergy, and many other applications. Many questions remain regarding the effect of climate and land-use change on rainfall variability. The availability of high-resolution rainfall information at the continental scale is a prerequisite to tackle these questions. This cannot be achieved only by satellite remote sensing; accurate and robust ground-based rainfall measurement remains a crucial element for satellite product evaluation.

Unfortunately, the number of reporting rain gauges in Europe, South America, and Africa is declining dramatically (Lorenz and Kunstmann 2012). As cellular communication networks cover a large fraction of Earth’s land surface (http://opensignal.com/networks), with network densities increasing in proportion to population densities, they can contribute substantially to improve water resources management, both globally and in specific local applications. We believe that the potential of this technique is particularly great in areas where traditional infrastructure for rainfall measurement (rain gauges, weather radar) is generally lacking, including large parts of Africa, South America, and Southeast Asia.

Following the success of the Ouagadougou workshop and of the first training school held at Karlsruhe Institute of Technology (KIT) in Garmisch-Partenkirchen in 2012, the organizers and leading experts in the domain of rainfall measurements based on MW-link attenuation wish to organize a series of similar meetings in the future. The objective would be to hold a workshop every two years and provide training for students, scientists, and weather and water services, focusing on developing countries where the potential for the method is high.