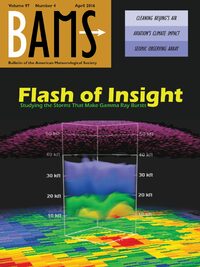 NASA IDS: SEASONAL PREDICTION OF HYDRO-CLIMATIC EXTREMES IN THE GREATER HORN OF AFRICA

What: Seventy-six participants, including experts from seven countries from the Greater Horn of Africa (GHA) and project coinvestigators from the United States, met to discuss experimental seasonal prediction models and products for the GHA, to engage decision-makers and users in the assessment of hydroclimatic information requirements, and to use feedback to build a framework to support decision-making and disaster management. In pre- and postworkshop surveys, workshop participants were asked how the utility of forecasts to decision-makers might be improved. Their recommendations are presented

Food production and water scarcity are long-standing issues in Africa, exacerbated by periodic droughts and floods. The development of effective strategies to adapt to droughts and floods in Africa will depend on improved seasonal prediction systems that are robust, incorporating an evolving climate baseline, and that can be utilized for disaster preparedness and response. However, generating climate information that meets the needs of decision-makers is a challenge in many parts of the world, including the Greater Horn of Africa (GHA). Such challenges generally are caused by the lack of receiving useful or timely information from the scientists producing the tools.

On 28–29 July 2015 the National Drought Mitigation Center (NDMC), in collaboration with the Ethiopian Meteorological Society, National Meteorological Agency of Ethiopia, and Addis Ababa University, convened a participatory research workshop in Addis Ababa, Ethiopia. This workshop was the second in a series held to support a NASA-funded collaborative Interdisciplinary Research in Earth Science (IDS) project to improve seasonal prediction of hydroclimatic extremes in the GHA (Tadesse et al. 2015). Collaborators include The Johns Hopkins University; the University of Wisconsin–Madison; the University of California, Santa Barbara; Columbia University, the U.S. Geological Survey, NASA, and experts across the GHA. This meeting included 76 participants, including project researchers, operational seasonal forecasters, forecast users, and decision-makers. While some of the participants had also attended the first workshop held in 2014, an effort was made to broaden participation to include representative agricultural, water management, and disaster management stakeholders.

Breakout groups during the workshop were tasked with identifying gaps, challenges, and opportunities for applying forecast systems to drought and flood decisions or activities. In addition, each breakout group was asked to construct a decision calendar for each region they represented. Workshop participants were encouraged to participate in the group most relevant to their sector, and they were fairly evenly distributed among the three sectors.

While agricultural sector survey respondents reported needing a range of weather and climate information for their routine decisions, they emphasized the need for seasonal drought and flood information to inform timing of land preparation, planting, and harvest. They also identified a need for long-term climate projections to inform investments, such as irrigation development. The workshop breakout session on the agricultural sector was split into two subgroups to address crop production and livestock systems. The results of the subgroups’ discussions are summarized below.

This subgroup focused on rain-fed crop (e.g., sorghum) production in eastern Sudan and western Ethiopia during the main rainy season (June–September). While seasonal forecasts can be useful for crop and varietal selection that fit into the season, the group suggested that a 10-day forecast and an agrometeorological advisory would be ideal for most on-farm operational decisions.

This subgroup focused on livestock production across southern and southeastern Ethiopia, dominated by pastoral and agropastoral systems. Three key activities were identified as potential targets for forecast-based decision-making: 1) Mobility—the main driver for mobility is the search of livestock feed and water at the end of the main rainy season to escape the normal dry season. However, when the rains fail (they start late and/or end early), the pastoralists are forced to move early in the season. In both cases climate information is of great importance. Climate information can also be useful when planning return migration. 2) Stocking /destocking—one of the main reactions of pastoralists and agropastoralists to highly variable climate is stocking/destocking. Stocking of livestock takes place when the season is good, and destocking takes place when climate-related shocks are anticipated. Climate information is relevant to both processes and can have significant economic implications. 3) Disease control and preparation of supplemental feed—pastoralists and agropastoralists also need climate information to control disease (e.g., tik-tik flies) and availing crop residue for supplemental livestock feed. For livestock production, workshop participants said seasonal forecasts at about one-month lead would be helpful.

This breakout group included participants who work in water supply, agriculture, reservoir operation, and flood risk management. The group discussed specific decisions stakeholders would make if they were provided with forecast information. For reservoir management (from a water supply perspective), forecast information is important to determine how much water to allocate for communities. One participant indicated that such forecasts are currently made using population density information and the climate aspect is missing. In the preworkshop survey, water sector respondents expressed their need for seasonal drought and flood forecasts as direct inputs into their own hydrologic models, and they said they also needed this information and long-term climate projections to do research and conduct education and outreach efforts.

The Water Resources group highlighted that 1) decisions are made throughout the calendar year, but forecast information at the beginning of the rainy season is crucial; 2) at least a one-week warning before the rainfall season starts could enhance decision-making; and 3) midseason forecast updates are helpful but less valuable than information at the start of the season. In the future, improved seasonal forecasts with better accuracy are strongly needed. In addition, they suggested forecast interpretation for various sectors (e.g., water resources). The primary challenges identified were the performance of forecast models, understanding and using forecast products, and the limitations in historical data (due to data policy and sparse station networks) in the region.

The group focused on drought and flood as the most frequent and severe disasters in the region. Participants noted that national-level decision-making is year-round, whereas local decision-making depends on different rainfall regimes within the country. For example, the group highlighted that riverine flood is generally expected across western Ethiopia, South Sudan, and Sudan in June–August. Providing flood warnings for decision-makers and the people with about a 2-week lead is very important. One of the challenges is that preparing forecast products on a monthly basis is not sufficient to deal with relatively sudden disasters like floods. Participants emphasized that it is critical to identify vulnerable people and locations to both flood and drought across the region.

In the preworkshop survey, disaster risk management respondents said they need seasonal drought and flood forecasts to take appropriate actions in planning, as well as long-term climate projections for education purposes and for communicating long-term climate risk and mitigation. The breakout group also requested information on communicating long-term climate change risk, preparing response and contingency plans for disasters, recruiting and training volunteers before the disaster occurs, prepositioning stocks ahead of risk, and formulating policies to make use of timely and actionable climate information to mitigate disasters and to inform adaptation.

In the workshop, experimental prediction models and products using observed surface and atmospheric variables that have been developed by the project investigators (using diverse methodological approaches, such as regression tree, dynamical global, and hybrid dynamical–statistical modeling techniques) were presented. The workshop presentations are available online (http://drought.unl.edu/NewsOutreach/Outreach/Workshops/NasaEthiopia2015.aspx). During the workshop, participants were asked to provide feedback on each model or product presented, via short evaluation forms (n = 30).

Most participants (57%–88%) thought the forecast tools that were presented were easy to understand. Out of these respondents, 53%–72% of the people said they would use this forecast information between March and October and that the tools are most needed from June to August. The feedback is summarized in Table 1.

At the end of day 2 of the workshop, participants had completed a total of 40 postsurveys. Respondents were asked what they thought might keep decision-makers from using the information presented, and they responded that users’ lack of skill (79%), lack of understanding (56%), and lack of trust (49%) were the biggest barriers to use. Forty-six percent also said the products contained too much uncertainty and were too coarse in resolution. But overall, respondents said they felt the project identified the hydroclimate information needs of decision-makers and that it is focused on the right types of hydroclimate information. However, many comments highlighted a desire for more emphasis on hydrological drought in the GHA in the next workshop.

Further analysis of workshop outcomes will be used to inform development of the project’s subsequent experimental prediction models and products and to identify needs and opportunities for future collaborative work.