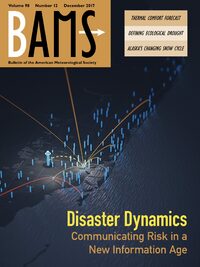 App screen view of thermal stress levels on a 10-point scale according to the UTCI index. The time interval is given at the top of the screen. Text boxes on the sides present urban microclimate examples and show where to read their thermal forecasts from the app screen. The scale bar (not in the app) represents the UTCI temperature (°C).

Gandin–Murphy skill scores for a forecast of cold, neutral, or heat stress at four locations between 1200 and 1500 UTC (September 2011–September 2015). 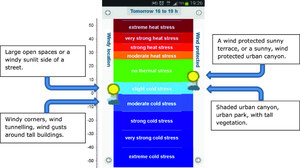 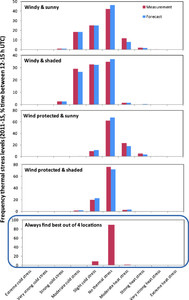 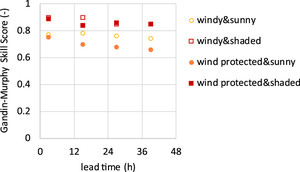