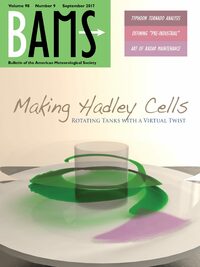 Normand’s rule employed on a skew T–logp chart (obtained from www.sundogpublishing.com/AtmosThermo/Resources/skewt_part_8x11.pdf) and applied to a situation in which T ≈ 0°C and Td ≈ −5.6°C for a pressure of 1,000 hPa. The dry adiabat is followed upward (blue arrow) to the LCL, where the saturation mixing ratio line intersects it. Then the moist adiabat is followed downward (red arrow) to the 1,000-hPa level, obtaining Tw ≈ −2°C.

Absolute error (°C) for the arithmetic-mean rule [(2)] for dry-bulb temperatures between −5° and 45°C and a wide range of dewpoint depressions. Absolute errors between −1° and +1°C are shaded.

Ice accumulations on 16–17 Feb 2015 across northeastern Georgia (from www.srh.noaa.gov/ffc/?n=20150216_winterstorm). Athens is located in Clarke County, east-northeast of Atlanta (the cluster of interstates in red). 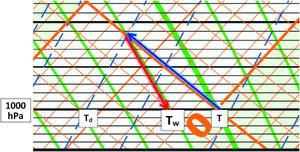 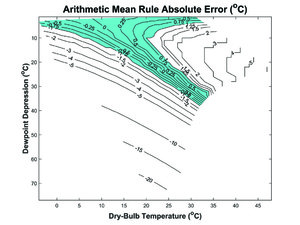 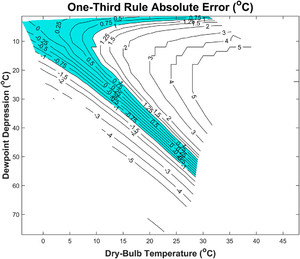 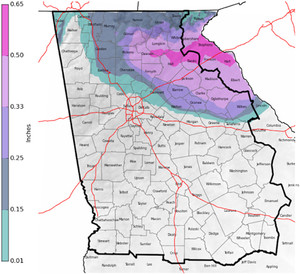 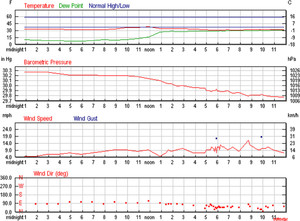