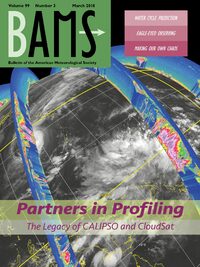 Cumulative number of published scattering datasets from 1995 to 2016. The color indicates which particle classes are included in the datasets: single crystals, blue; snow aggregates, yellow; melted, red; and rimed particles, green. (This figure is based on the keynote presentation given by J. Tyynelä at the ISSW, Cologne, Germany, 2017. 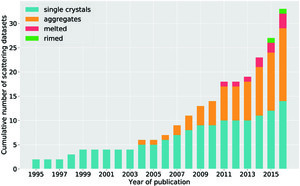 Summer Snowfall Workshop: Scattering Properties of Realistic Frozen Hydrometeors from Simulations and Observations, as well as Defining a New Standard for Scattering Databases