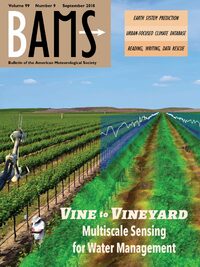 This snapshot of surface current speed in the western North Pacific from a 1/48°-resolution MITgcm simulation illustrates familiar features such as the Kuroshio and its mesoscale meanders and rings. Also visible are wave patterns caused by internal tides emanating from Luzon Strait and the Aleutians Islands and ubiquitous submesoscale currents. High-resolution simulations such as this are being used to study interactions between internal–gravity waves and meso/submesoscale currents, as discussed at the workshop (image provided by Dimitris Menemenlis). 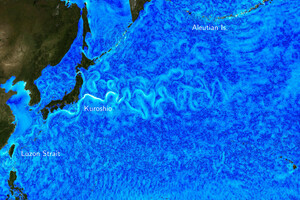