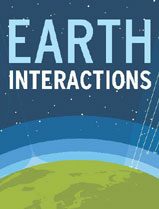 Bubble histograms of the societal consequence of climate change for three uniformly distributed contributing factors organized according to synthesis method: (a) single-point safety, (b) equal weight average, and (c) single-point failure. The results are derived from the 27 possible outcomes of the three-factor conceptual tool (Table 2), assuming all three contributing factors have uniform distributions (Table 1) that assort independently.

Histograms of the societal consequence of climate change derived from Tables 1 and 2 for various contributing factor distributions (leftward, centered, and rightward; shown in Table 1), which are taken to be the same for all three factors, and for three approaches to synthesis (single-point safety, equal weight average, and single-point failure; shown in Table 2). The societal outcomes are expressed as low, moderate, and high consequences. 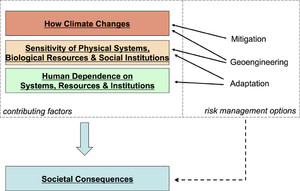 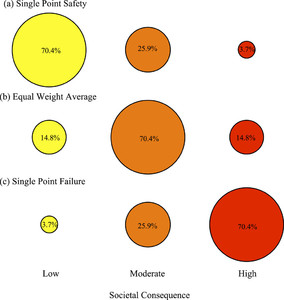 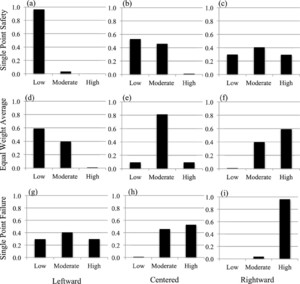