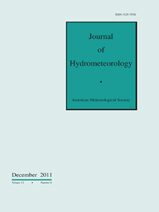 A time series of the observed in situ soil moisture dataset that was used to evaluate the two assimilation procedures. The error bars represent one standard deviation from the mean daily soil moisture. 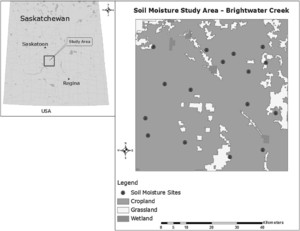 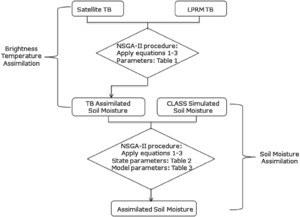 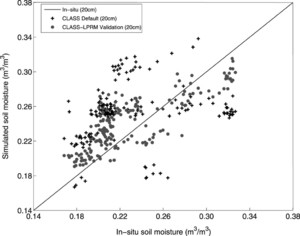