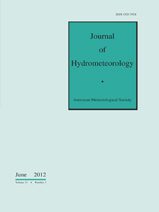 Observations from the Dane County Regional Airport in Madison, WI, from 1981 to 2000 showing the frequency distribution of annual precipitation (bars). Lines represent the average number of events that reach or exceed the specific threshold expressed as a percent of the annual total.

Frequency distribution of average precipitation (bars) in NARR during 1981–2000 (grid point closest to Madison, WI). Lines express the percentage of events that occur during each month within a given threshold (including wet and dry days).

Simulated frequency distribution of average monthly precipitation for the CMIP3 multimodel mean during the late twentieth and late twenty-first centuries.

Late twentieth-century (1981–2000) spatial composites of daily precipitation (mm day−1) and SLP (hPa; contoured every 2 hPa) during the wettest 1% of days for models listed in Table 1.

Breakdown of the multimodel average MFC term as simulated by each of the CMIP3 models during (left) the late twentieth and (right) late twenty-first centuries. Total MFC increases by 53% between the two periods. 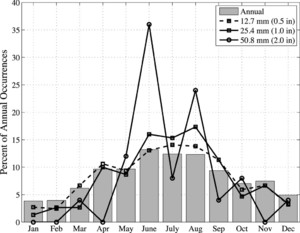 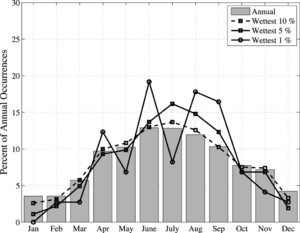 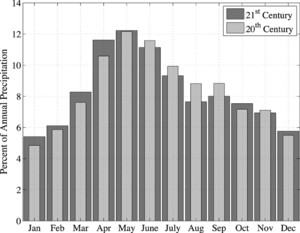 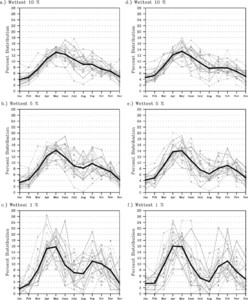 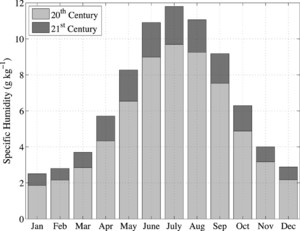 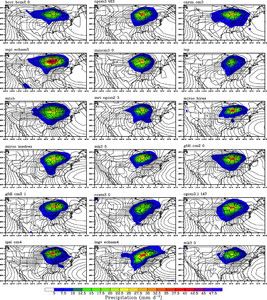 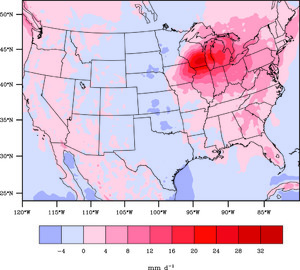 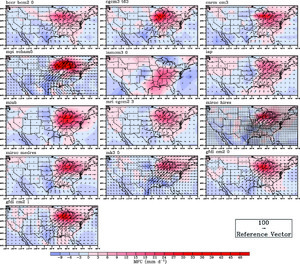 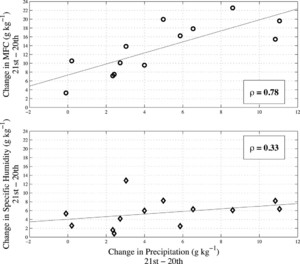 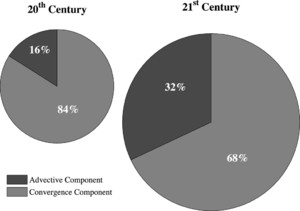 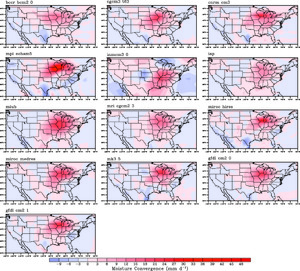 Understanding Simulated Extreme Precipitation Events in Madison, Wisconsin, and the Role of Moisture Flux Convergence during the Late Twentieth and Twenty-First Centuries