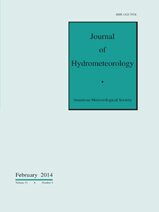 Simulated and observed land surface temperature images along with the relative histograms are reported for 1300 UTC 6 Jul 2000.

AMBE between LST from MODIS and RET for different FEST-EWB simulations for each of 129 images selected for the calibration.

LST from MODIS and from FEST-EWB for the not-calibrated simulation, LST calibration, and Q calibration for 1300 UTC 6 Jul 2000 for the Bormida subbasin closed at Cassine.

ET from MODIS and from FEST-EWB for the not-calibrated simulation, LST+Q calibration, and Q calibration from 7 to 15 Jul 2002 for the Bormida subbasin closed at Cassine.

Relative errors for the validation period between observed and simulated volumes from FEST-EWB run in the O-SoVeg configuration and after the calibration processes. 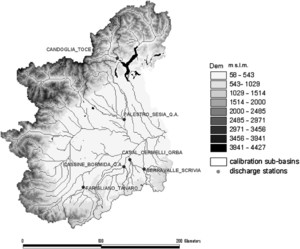 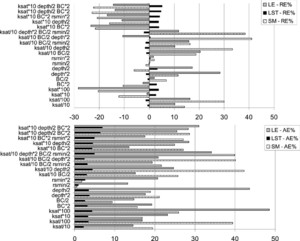 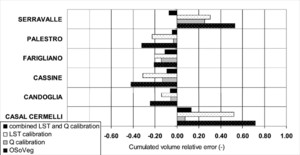 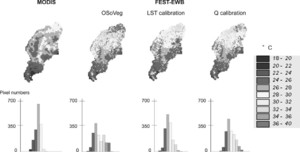 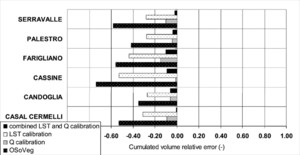