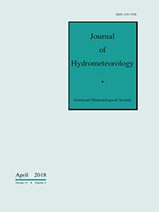 Dewpoint temperature–air temperature quantile plots for the three meteorological stations presented in Fig. 1. The vertical line represents the inflection point from the 1:1 line for the 99th quantile, detected by visual inspection.

Average correlation distance of the regional rainfall as a function of near-surface air temperature for locations A–D. Empty markers indicate bins with a sample size of less than 500 convective cells. The correlation presented is only for rain fields with convective activity. 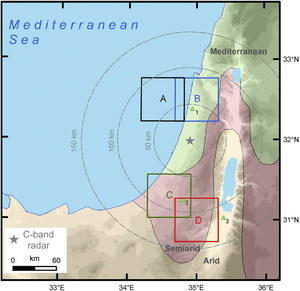 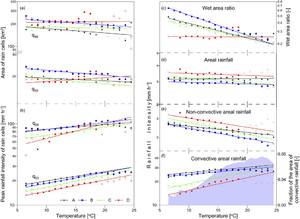 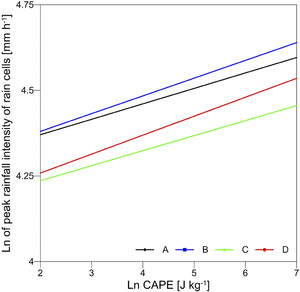 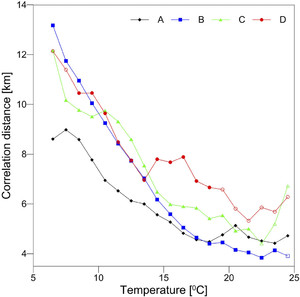