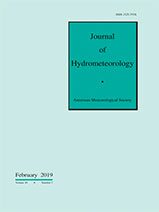 Annual series of extreme precipitation indices from 1950 to 2012. The red line is the linear trend, the blue dashed line is the mean, and S is the trend per decade by Sen’s slope.

Spatial patterns of trends for extreme precipitation day indices from 1950 to 2012. The abbreviations are as in Fig. 3.

Wavelet power spectra of PC1 for R95p and R99p in eastern, central, and western Canada.

Wavelet coherence between the MEI/PDO and R99p for eastern, central, and western Canada.

Spatial distribution of the seasonal CAPE, specific humidity, and surface temperature trend from 1985 to 2012. The abbreviations are as in Fig. 3. 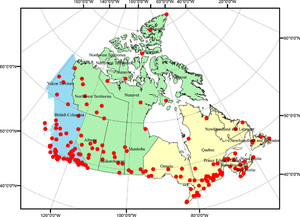 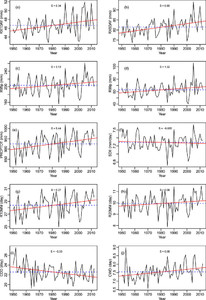 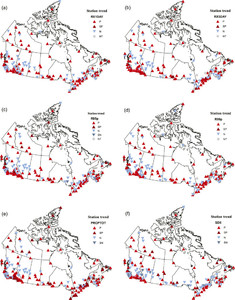 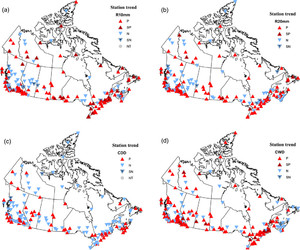 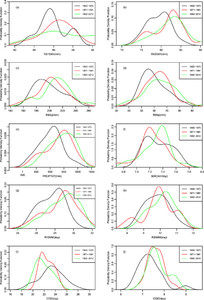 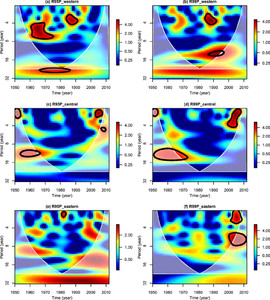 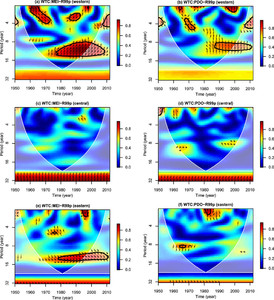 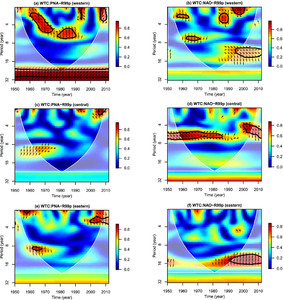 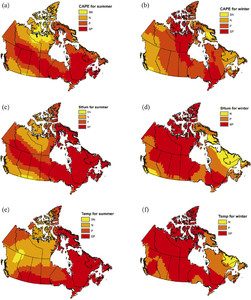 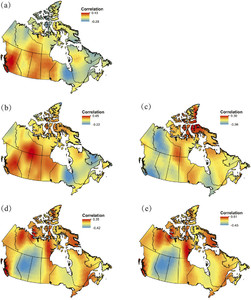