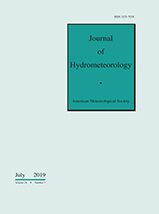 (a) Sky-view fraction (Vf,LW) derived from the multiday campaign deploying a fixed sensor setup installation in dense forest, using air temperatures measured at the open (blue) and forested (green) sites, and the average of the two (red), as proxies for canopy temperature. The black line marks the sky-view fraction derived from HP (Vf,HP = 0.17). (b) Air temperature data from the fixed installations in dense forest and open sites and deviations between the two.

Correlation between sky-view fraction computed from HRS (Vf,LW) against (a) sky-view fraction derived from corresponding synthetic hemispherical images and (b) canopy-cover fraction based on the canopy height model, for the two plots shown in Fig. 7a (blue) and Fig. 7b (green).

As in Fig. 9, but for an HRS transect in Flin under clear-sky conditions. 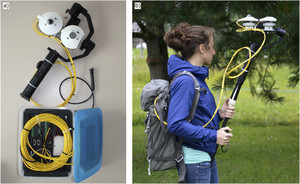 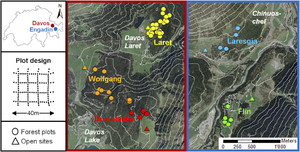 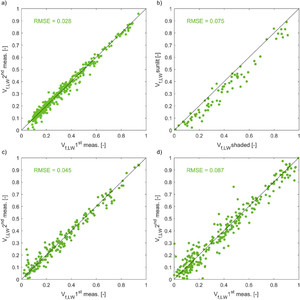 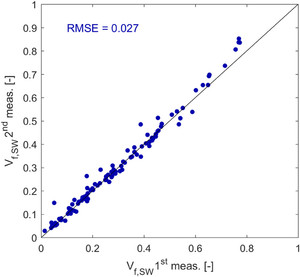 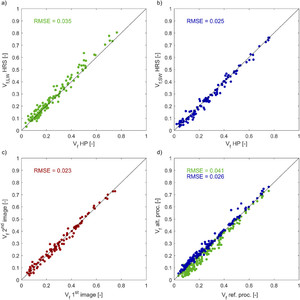 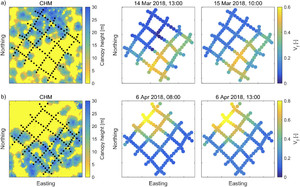 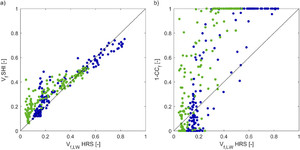 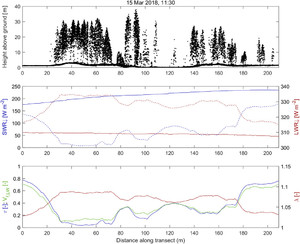 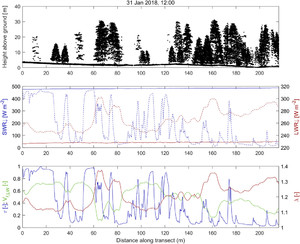