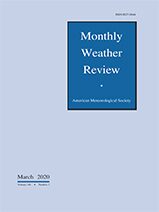 (a) 1000-member ensemble mean precipitation and streamlines of 500-hPa wind (0400 UTC 29 May 2016). (b) Initial 2-m temperature anomaly calculated comparing the ensemble mean 2-m temperature of the 100 members with strongest and 100 members with weakest precipitation inside the forecast response function (0100 UTC 29 May 2016).

Time-averaged (a) root-mean-square error and (b) magnitude bias of correlations with and without SEC compared to 1000 members evaluated for different ensemble subsets. Spatiotemporal correlations of precipitation to 2-m temperature.

Time-averaged (a) root-mean-square error and (b) magnitude bias of 40-member precipitation correlation to various variables with and without SEC. A list of variable abbreviations is provided in the appendix of this manuscript.

Root-mean-square error of the 40-member correlation compared to the 1000-member correlation with (red, dotted) and without (blue, dashed) SEC and for a distance-based localization (LOC). Correlation of 500-hPa temperature to (a) temperature, (b) specific humidity, (c) hydrometeors, and (d) zonal wind at different height levels. RMSE averaged over 40 000 vertical profiles. Note: The black solid line displays the mean absolute correlation for 1000 members.

Frequency distribution of error reduction δe applying the SEC to a 40-member ensemble as a function of the absolute value of the (a) 40-member or (b) 1000-member correlation. The solid black line shows the average change and the dashed line sketches the maximum expected adjustment, which is restricted by the correction function. The analysis considers the same correlations as in Fig. 13. The SEC improves δe for 72.3% of the correlations []. 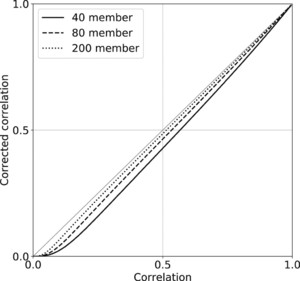 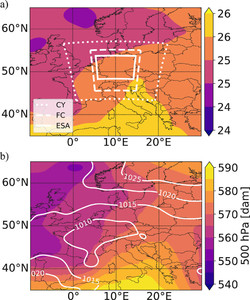 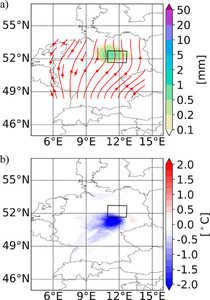 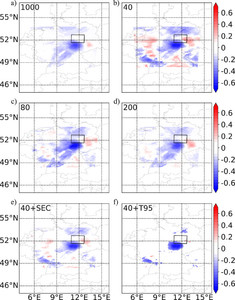 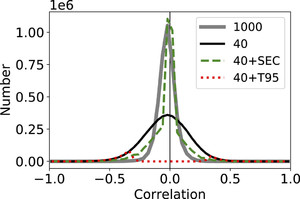 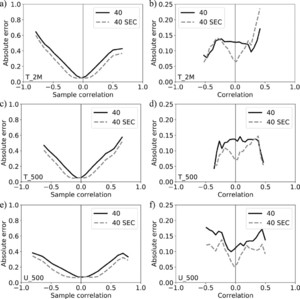 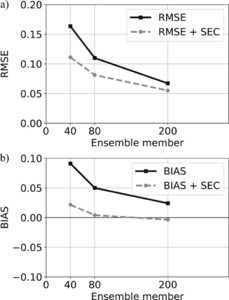 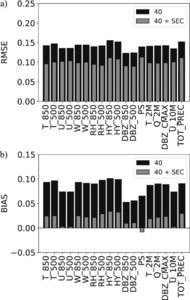 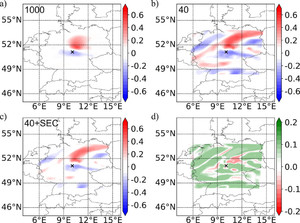 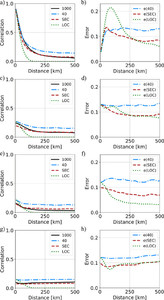 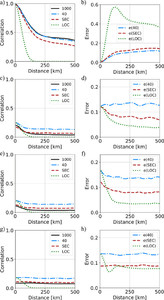 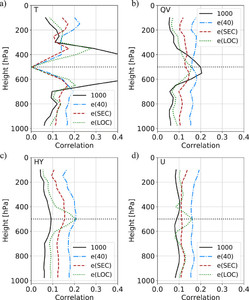 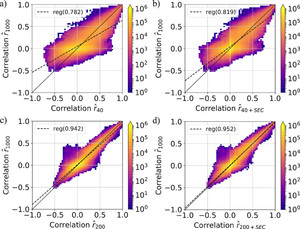 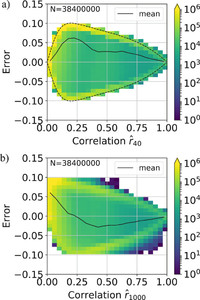