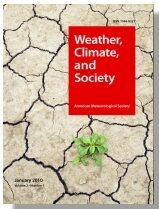 In recent weeks, people around the world have expressed deep disappointment that the United Nations Climate Change Conference in Copenhagen, Denmark, held in December 2009, did not produce a firm agreement that would reduce greenhouse gas emissions and help the world adapt to present and future impacts of climate change. As commentators have stressed, international agreements are often difficult to establish and the failure of this conference can be traced to many sources. The consensus process associated with the United Nations Framework Convention on Climate Change posed specific barriers. A number of countries used the meeting as an opportunity to voice their views on nonclimate issues; other countries opposed progress on climate change because they feared it would harm what they believed to be their national interest.

There is an additional cause of failure that I would like to discuss: the tendency of citizens, politicians, organizations, and countries to focus on the near future, and to direct less attention to the medium and distant future. This tendency—it can be called the time horizons problem—probably influenced the outcome in Copenhagen. Because many of the impacts of climate change will take place decades from now, the time horizons problem means that people in many countries have low levels of concern about climate change. These low levels of concern weakened the political will of the delegates to the Copenhagen meeting to craft an effective international framework.

A familiar fable tells the story of a grasshopper who relaxes, singing and dancing, during the pleasant days of summer. The grasshopper mocks the ant who works steadily to store up food instead of enjoying the summer. The tables are turned when the cold weather of winter arrives. The hungry grasshopper begs the ant for food, only to be told that he is suffering the consequences of his laziness. Though this story is often cited as a demonstration of the value of work, it also shows the importance of anticipation. The story does not suggest that the ant likes working more than singing and dancing, but it rather indicates that the ant has the winter more firmly in mind than the grasshopper.

Why does climate change bring out the grasshopper-like side of people more than the ant-like side? How can people be encouraged to attend to the warnings of severe consequences to past, present, and future greenhouse gas emissions? These questions are discussed in Weather, Climate, and Society. Indeed, despite the short life of the journal, it has already published a number of articles that bear on the time horizons problem. They can be grouped by the different disciplines that are represented in its pages.

Economics offers precise models of rational behavior. It shows that a number of factors, such as inflation and the positive returns to investment, shape what is an optimal balance of preferences for present and future goods and services. Economists also recognize that human knowledge of the future always contains limits. As a result, people tend to value the certainty of the present, and require some expectation of greater returns in the future to offset the risks associated with uncertainty. Economists seek to assess optimal trade-offs between the present and the future, and also between the near and distant future. In “Weather-index drought inductance in Burkina-Faso: Assessment of its potential interest for farmers” (2009, Weather, Climate, and Society Vol. 1, No. 1), A. Berg et al. review the circumstances under which farmers in the drought-prone Sahel of West Africa might choose to purchase crop insurance tied to climate forecasts. Purchasing insurance means reallocating money in hand in order to reduce possible losses in the future. The authors show that crop insurance decisions are influenced both by perceptions of the accuracy of the forecasts (i.e., the predictability of drought-related losses varies in different areas and different agricultural systems) and by the risk aversion of the farmers (i.e., their preference for an opportunity with a lower but more certain payoff over other opportunities with higher potential payoffs but lower certainties). In a related paper, “Estimating the potential economic value of the seasonal forecasts in West Africa: A long-term ex-ante assessment in Senegal” (2010, Weather, Climate, and Society Vol. 2, No. 1), Barber et al. relate this risk sensitivity to loss aversion. Their study shows that a group of farmers in West Africa live so close to subsistence that they often cannot afford to modify their agriculture on the basis of uncertain forecasts; if a forecast of abundant rain leads them to shift from food crops to cash crops, and then the rains do not materialize, they will not have enough to eat. In “The time cost of tornado warnings and the savings with storm based warnings,” a paper scheduled for a future issue of Vol. 2 of Weather, Climate, and Society, D. Sutter and S. Erickson indicate that greater spatial resolution of forecasts reduce the economic costs associated with false alarms. This study suggests that scientific advances can reduce the uncertainties of forecasts, a source of the time horizon problem. Though these papers address the use of forecasts on a scales ranging from hours to months, rather than decades, as is the case with climate change, they show both the potential for deepening time horizons and the obstacles to such deepening.

Anthropology offers more general, qualitative models of attentiveness to the present, near future, and distant future. The field shows that time horizons are embedded in the cultural frameworks and social settings that give shape to human action. “Forecast skill and farmers’ skills: Seasonal climate forecasts and agricultural risk management in the southeastern United States” (2010, Weather, Climate, and Society Vol. 2, No. 1), demonstrates the value of anthropology in understanding the factors that account for the use of seasonal forecasts. In this study of a group of farmers in the state of Georgia, T. A. Crane et al., show that the decision to use forecasts reflects the position of farmers in social networks and their ability to draw on cultural notions of how proper farmers act. This approach to seasonal forecasts complements the economic views discussed above. In “Post hoc evaluation of hazardous weather: The 3–9 March 2008 snowstorms in the Montréal (Québec)” (2010, Weather, Climate, and Society Vol. 2, No. 1), J. Descurieux shows that organizations that usually make decisions on time scales of a day or two can operate on longer time scales when they receive culturally salient prompts. This attention to variability in attentiveness to different time horizons suggests that certain social and cultural factors might lead people to be more attentive to the deeper time horizons of climate change as well.

Psychology considers the time horizon problem in relation to hyperbolic discounting, a tendency to place a very high value on the near future and a very low value on the distant future. (These insights have been adopted by a significant group within economics, whose members are known as behavioral economists.) Represented in the pages of the first issue of Weather, Climate, and Society is another aspect of psychology, the study of learning. In “What is the true value of forecasts?” (2009, Weather, Climate, and Society Vol. 1, No. 1), A. Millner offers a model of the behavior of decision makers, in which they alter their loss aversion on the basis of direct personal experiences in using forecasts. Millner shows that, given realistic values for the economic returns to forecast use and for the accuracy of forecasts, individuals will shift to a greater willingness to use forecasts, which is a reallocation of attention away from the present to the future. In “False alarms, tornado warnings, and tornado casualties” (2009, Weather, Climate, and Society Vol. 1, No. 1), K. M. Simmons and D. Sutter also show the importance of learning. Their statistical study of the accuracy of tornado warnings and of human responses to these warnings strongly suggests that people who have experienced a false alarm are less responsive to warnings. This implies that the accuracy of forecasts on longer time scales will also influence the willingness of humans to address the time horizons problem by responding to forecasts. Although the research is focused on weather forecasts, its findings are also related to public responses to climate change.

Other social science disciplines trace learning on larger social and temporal scales. In “Changes in ice storm impacts over time: 1886–2000” (2010, Weather, Climate, and Society Vol. 2, No. 1), the geographer D. Call offers a historical analysis of the effects of ice storms in the United States. This paper shows that some institutions, such as municipalities and electric utilities, have learned from their experience with ice storms, and have developed responses that reduce vulnerability to storms and allow them to act to forecasts of storms. (On a less positive note, the paper also shows that the expansion of infrastructure in the United States now places more property in harm’s way when storms do occur.) Political scientists and sociologists also study the way in which institutions shape the time horizons for collective decisions; one important theme within this work is the effect of institutional change on changes in time horizons. Two papers in Weather, Climate, and Society indicate that it is possible for institutions to shift to longer-term horizons, but that this process can be slow. In “Hydraulic interdependencies and human cooperation: The process of adapting to drought “(2009, Weather, Climate, and Society Vol., No. 1), J. Endter-Wada et al. examine a large number of actors in a watershed in the Intermontane West of the United States; they show that several years of drought prompted local water users to develop new mechanisms of using scientific information and new patterns of cooperation, both of which allowed them to deepen their time horizons. In “Reflections on drought-risk ‘management’ in southern Africa: Past choices, current caveats, and future challenges” (2010, Weather, Climate, and Society Vol. 2, No. 1), C. Vogel et al. show that such adaptations face barriers. Their study of the relative lack of new adaptive responses to drought in southern Africa emphasizes the lack of accountability of institutional leaders and an interesting, counterintuitive issue: the availability of short-term relief, which reduces the incentive to find long-term solutions. In “Improving policy for storm water management: Implications for climate change adaptation,” scheduled for a future issue of volume 2 of Weather, Climate, and Society, L. Tryhorn shows that the actions of water managers in New York State reinforce the points made by Vogel et al. that institutional barriers (in this case, overlapping jurisdictions and poor communication networks) can limit the efforts of agency staff who seek to operate on longer time horizons. Though these studies of learning address changes on a scale of years rather than decades, as is the case with climate change, and look at regional rather than global scales, they show the potential of new institutional forms in deepening time horizons.

Taken collectively, these papers show that Weather, Climate, and Society has already become a forum for social science research addresses this crucial issue of the deepening of time horizons. Drawing on a range of disciplines and methods, and integrating modeling and empirical studies, these papers examine aspects of the time horizons problem and suggest workable approaches to it. They also give hope to those who fear that humans are condemned to be grasshoppers, ignoring the problem of climate change until it is too late. In this way, they demonstrate the value and the timeliness of this journal.